Cameroon music artist Longkana Ango Simon popularly known as Longue Longue [The Liberator] has been arrested after he was taken at Sawa Hotel Douala early today.

Reports say his family members only arrived minutes later to pick up his car.

While we are yet to know the reason for his arrest, critics think the makossa star was taken for being vocal against the present Cameroon regime. 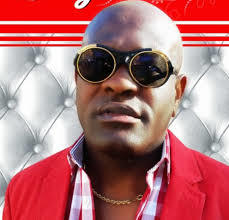 On March 29, 2019, Longue Longue posted a VIDEO captioning it “A Bunch of old men” in which he named some government positions occupied by old people.

The “liberator” remains in custody and we are yet to get a reason for his arrest aside from any speculations by critics.