In a communique signed on September 20, 2019, the Cameroonian artist wrote to the national president of the political party Manidem, to include the restitution of his seized passport in their pre-dialogue consultation agenda with the Prime Minister.

Longkana Agno Simon aka Longuè Longuè said he wished that they find a solution to the socio-political crisis in the North-West and South-West regions while also advancing his passport problem.

He says the passport will help him to continue to promote Cameroonian culture out of the country. 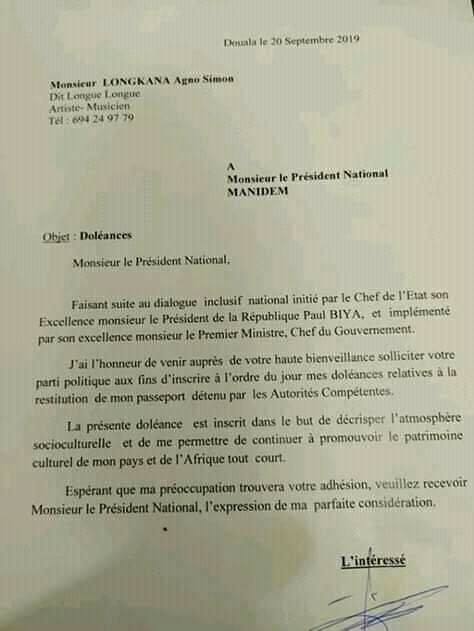 Longuè Longuè was arrested by the Cameroon military on April 2, 2019 at Sawa Hotel Douala and his passport was confiscated .

Popularly known as The Liberator, the makossa star was persecuted for being vocal against the present Cameroon regime.

He had just released a song criticising the Biya government and his long stay in power – Part of the words read “Papa you are tired, go and rest”.

On March 29, 2019, he also posted a VIDEO captioning it “A Bunch of old men” in which he named some top government positions still occupied by old people.

In a video published a few days later, the artist Djene Djento and Longue Longue were seen apologizing to the Head of State, his wife and Cameroonians.

Djene pleaded on behalf of his brother and asked the president to forgive his “mouthy” actions. This video was heavily criticised as many said the apology was recorded at gunpoint.

Since then Longue Longue has remained in Cameroon and unable to take any trips out of the country. 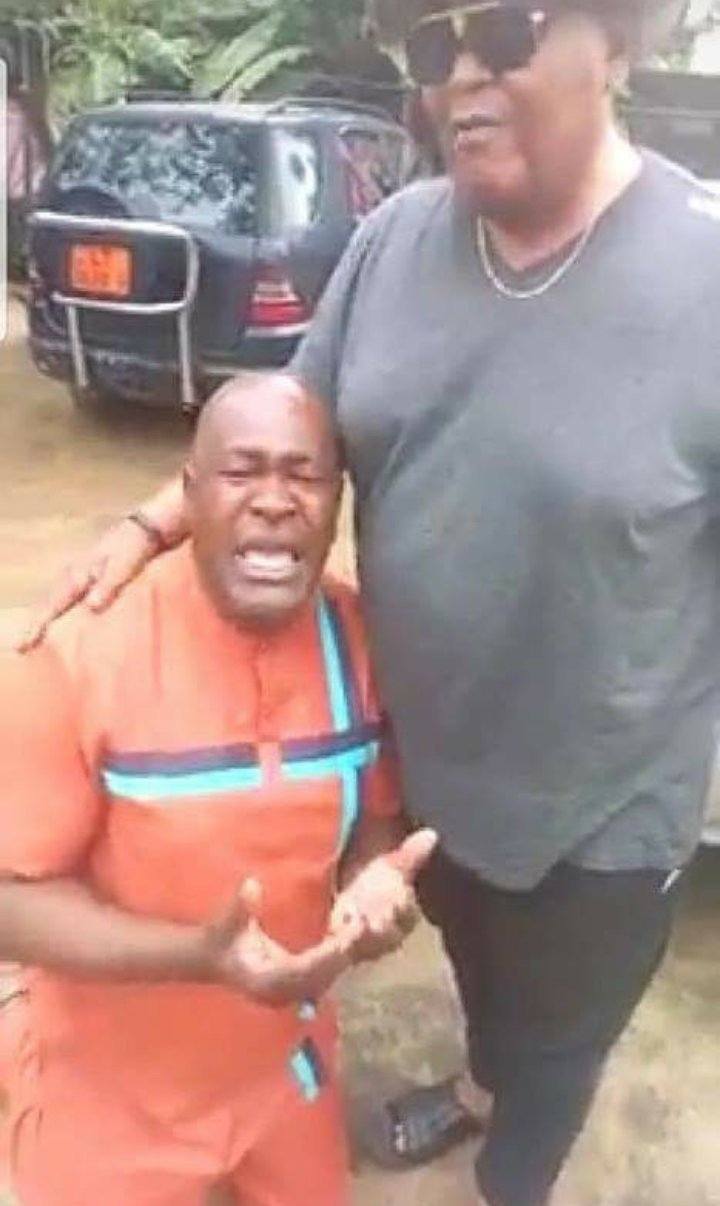 37 years in power, Cameroon’s president Paul Biya is still rules at a time when the Anglophone crisis in his country has left more than 2,000 dead and 500,000 forced to flee their homes.