After returning from his invitation to act as panelist at the 10th forum of UN minority issues which opened in Geneva, Switzerland on November 29, Prince Nfor Hanson is welcomed with an anonymous warning note to his family.

His brother stumbled on an the letter yesterday as he entered his office in Buea. The letter ordered him to instruct his brother (Nfor Hanson) to stop all discussions relating to the Anglophone Crisis at the UN, giving him a deadline of 24 hours to do so or have the entire family at risk

It should be noted that Hanson recently presented a paper at the UN on the importance of the participation of youths in peace initiatives and building trust and confidence between people-Case of the Anglophone Crisis in Cameroon. 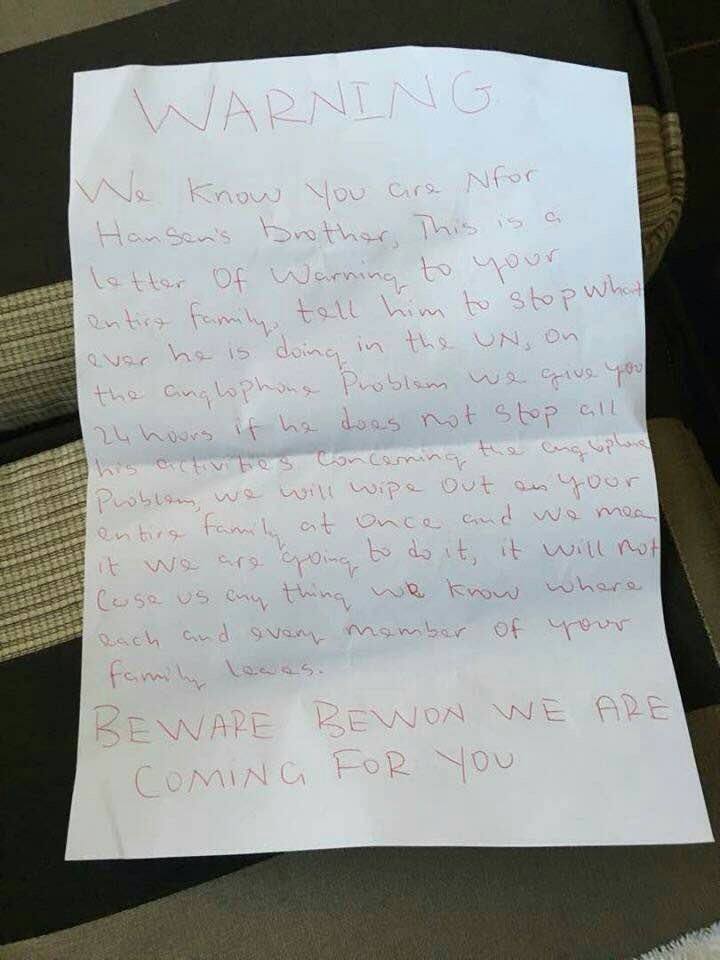 His first words to UN Special Rapporteur on Minority Issues and Chairman of the Forum was that they should “assure his security and safety as he leaves Geneva”.

Prince Nfor Hanson emphasized to ARREYB News Reports that he “has no problem with anyone”. He added that they are working on the letter to file a complaint at the police station.