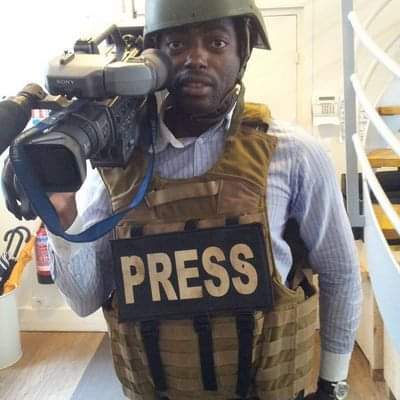 Eric Golf Kouachou, Canal 2 journalist who was forcefully detained by military forces some weeks ago has been freed

Golf works for Canal 2 International in Paris. He flew into Cameroon on March 17, 2020 and was quarantined in a hotel in Douala following the isolation laws to curb the spread of Coronavirus.

He was taken out of his quarantine room on April 2, 2020 and smuggled to be “detained” in a secret location.

That he Eric, lended his badge to the activist to give him access to space where the media settled for interviews – an allegation he denied

Golf is free but several other Cameroonian journalists like Paul Chouta lament in detention in government claws.

It’s is not clear if a journalist like Samuel Wazizi is alive or not.

The government in her usual style of silencing journalists has kept Wazizi after he willingly showed up to be interrogated at the Muea Police station – with no iota of resistance.

There are fears that Samuel Wazizi has been eliminated as the court repeatedly fails to produce him for legal proceedings with no explanations.