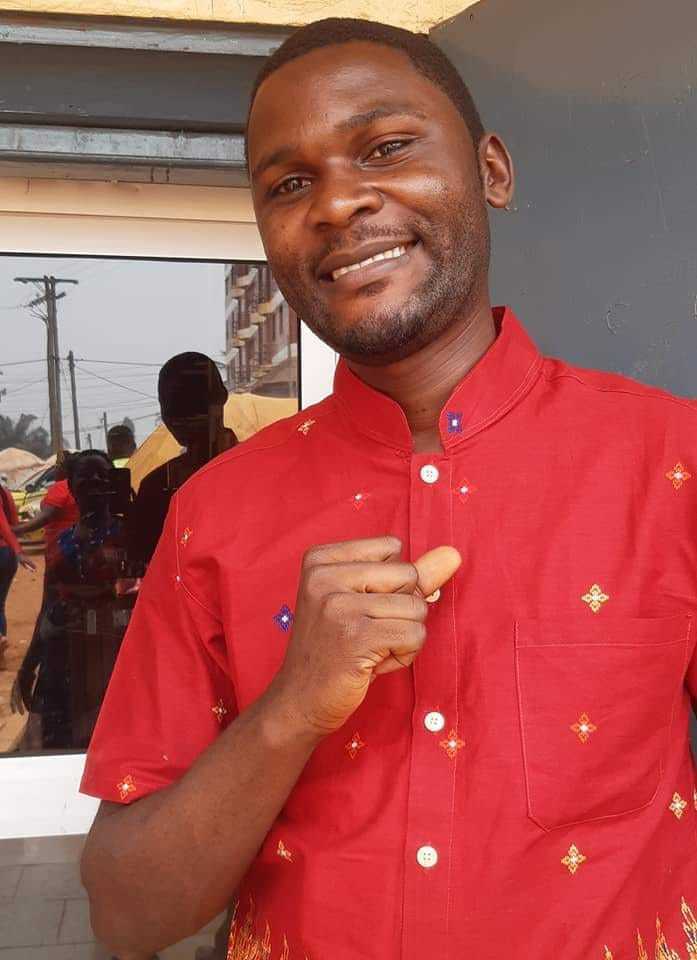 The organisation says the Cameroonian journalist has not been seen since the early hours of Tuesday March 17, 2020 and there are indications that he is kidnapped.

Laarry is a journalist with the Voice Newspaper and owns Laarry’s Newsroom. As a journalist in Cameroon, his paper has been vocal on reporting issues of the Cameroon Anglophone crisis and other political rivalries

Suggested :The Targeting, Jailing And Harassment Of Journalists & Rights Defenders In Cameroon

A plate of fufu and eru eaten during break, little did these journalists know it will be their last meal as free men.

Cameroon, on the Gulf of Guinea is a central African country ruled for 37 years by President Paul Biya whose policies take the framework of a unitary presidential republic where the president is head of state and head of government.

The country has been ranked by Committee to Protect Journalists (CPJ) as the second worst jailer of journalists in sub-Saharan Africa. Most of the journalists detained in Cameroon are facing charges linked to false news, fake news and news that endangers the state security.

At least 6 of every 10 journalists in the private media actively involved in reporting on the socio-political crisis are either threatened, tortured or detained. There is no story the government does not follow, they even set apart a monitor team that scouts vocal reports against government authorities and their policies.

The common thing among those targeted journalists ― those still in detention, those on exile and those who continue to live under constant threats ― is that they dared to report stories related to the current crisis rocking the English speaking regions, exposed political authorities, spoke against the violation of human rights, corruption or challenged military acts of killings and arson.

With this escalation of contentious topics, journalists no longer know which red lines they should not cross. Owing to this bulk of fear, the brave journalists resort to self-censorship as a means of survival while others switch to environmental stories, sports or entertainment which is the sure way to stay alive practising in Cameroon.