Since his arrest, the 21st Motorised Infantry Battalion of South West jurisdiction has failed to produce him for legal proceedings or issued any statement about his case.

In August 2019, Wazizi was invited by the police in Muea-Buea where he willingly showed up.

He was interrogated on issues of terrorism, spreading information from Ambazonia fighters to threaten the population and because the separatist group set up a camp in his farm.

Wazizi was forcefully detained though he denied all the allegations against him. The police commissioner said he could not grant him bail because the administration of South west “was on the case closely”

The 21st Motorised Infantry Battalion of South West jurisdiction has failed to produce him for legal proceedings even when Barristers Nkea and Edward Lyonga, Lawyers defending him filed a habeas corpus application and were reliably informed that their will be brought to court. 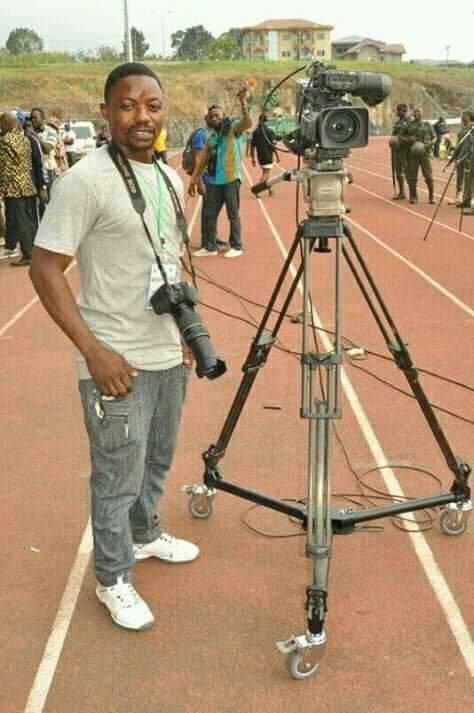 He like Paul Chouta, Wawa Jackson and a host of other journalists still in detention have been prey to the waiting hands of the Cameroon government which has often arrested, tortured and intimidated journalists who expose government crockery.

They are incarcerated as sufferers of the decaying press freedom in Cameroon.

Journalism in Cameroon remains a hideous task as media workers become victims of harassment for their reports.

Those who choose to remain in the Anglophone regions increasingly prefer to report on non-controversial issues like health, education and infrastructure and avoid discussing the ongoing Anglophone conflict.

Another journalist, Wawa Jackson remains detained after 30+ court appearances and the Judge on his case, Justice Bup Stanley took an uncertain leave.

The Bamenda based journalist was arrested without any warrant in May 2018.

Held in a torture facility in Nkambe, he is being tried for publishing successionist information
With many journalists now scared of reporting, there are fears that the most critical stories in Anglophone regions will go unreported.