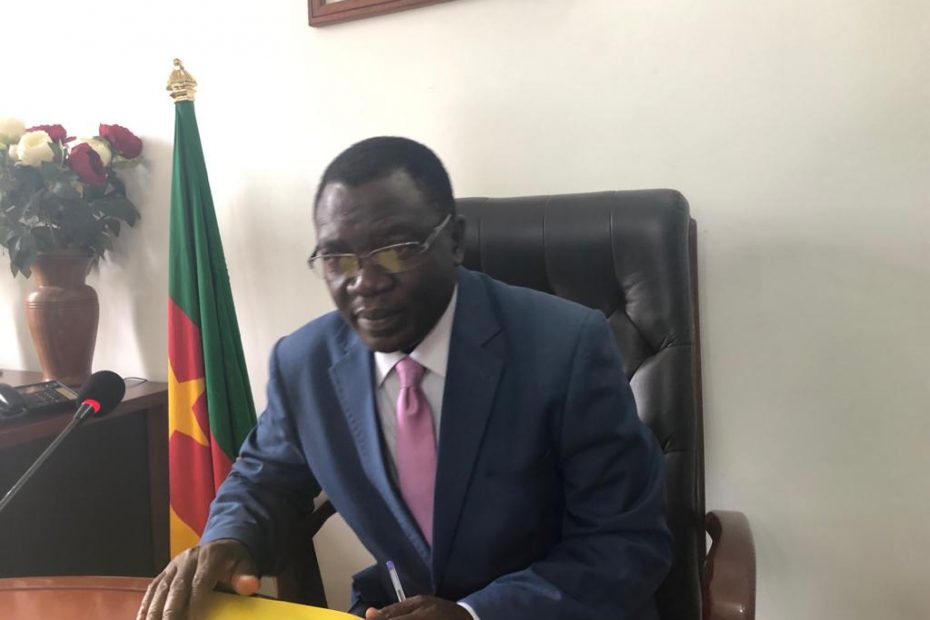 The president of the Cameroon Communication Council, NCC has called on Cameroonian journalists to work according to their profession.

President Joseph Chebongkeng Kalabubse made the call during a visit to media houses in Douala Tuesday August 3.

Interviewed on DASH Tv, Joseph Chebongkeng insisted that ‘professionalism and responsibility’ are the two words that distinguish a good journalist from others.

According to Joseph Chebongkeng, his era and stay at the head will reshape the media and journalists all over the country.

He also visited My Media Prime tv, where he gave out the same message to journalists at the television house.

Joseph Chebongkeng’s visit to Douala is the second after he started the tour to media houses in Yaounde.

Appointed by a presidential degree on June 4, Joseph Chebongkeng Kalabubse’s era is promising as he matched words with action by suspending 3 journalists for malpractice just within a month of stay at the help of NCC president.