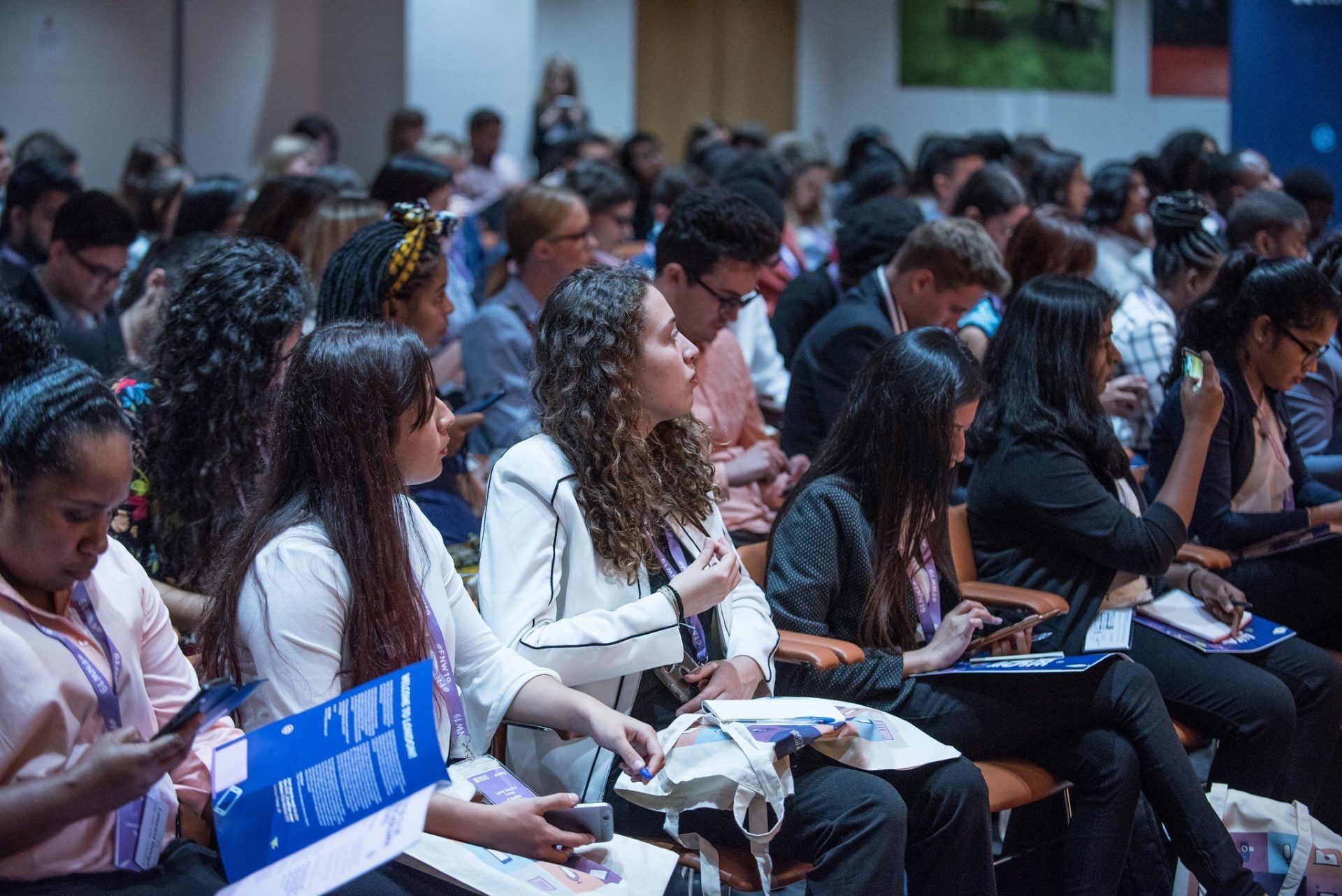 [on assignment to London]

100 of the world’s most promising young journalists came together from 53 countries on July 16 & 17 at the Reuters headquarters in London, for the 2019 Future News Worldwide conference (FNW19), an international media conference organised by the British Council.

Alongside the 100 invited delegates from 3,000 applicants worldwide, FNW19 brought together world-leading media professionals from BBC, Facebook & Reuters and was a platform for the next generation of journalists to focus on the core skills that underpin the profession and get latest insights from current media leaders and disruptors while building international connections.

Organised by the British Council in partnership with leading news and digital media organisations in the world, Future News Worldwide is an annual gathering to identify, train and connect the next generation of top international journalists; to help young people develop a wide range of journalism skills while establishing the UK as a global leader in the nurturing of young journalists and media figures. 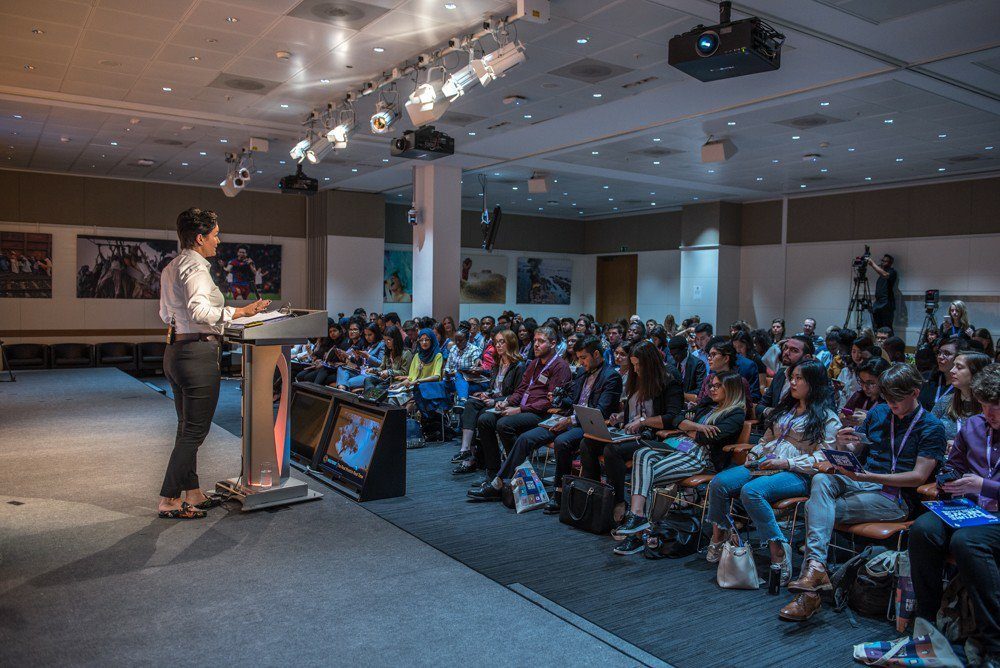 Former Editor-in-Chief of Reuters and Chair of the Future News Advisory Board, Mark Wood said “Future News Worldwide promotes the importance of free media and the key tenets of responsible journalism. It gives the participants the chance to meet outstanding media figures, visit famous newsrooms and learn research, editing and production skills in a series of workshops. A lively alumni network demonstrates how much those who took part in previous events truly value the experience and put it to work in their professional lives.” 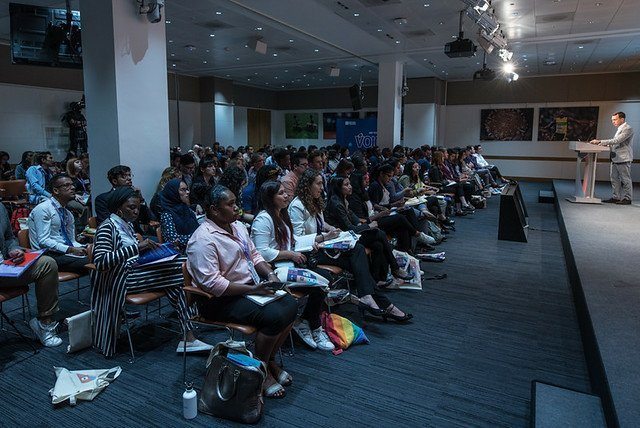 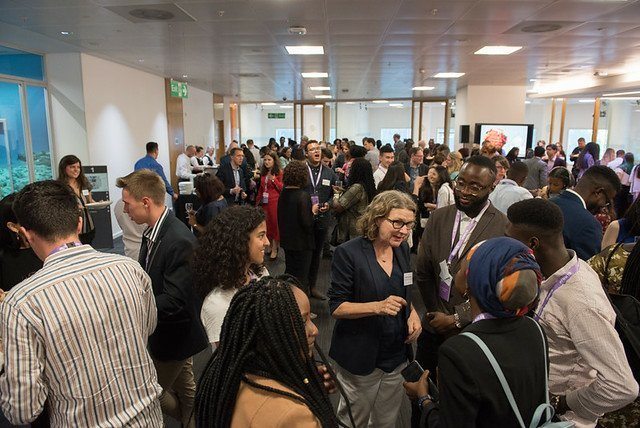 One would not forget in a hurry, Christina Lamb’s fascinating talk from Future News Worldwide 2019, how a wedding invitation sparked a 30 year career as a war zone journalist.

Crowning the event as last speaker was Sonny Swe, cofounder of The Myanmar Times and the son of a former Military Intelligence officer, who was jailed for his work at the newspaper from 2004 to 2013 after the purge of junta-era Prime Minister Khin Nyunt.

Sonny Swe as CEO of Frontier Myanmar Weekly Magazine, talked about negotiating with the censorship board in Myanmar and building a career before and after his detention.

He explained how his country was under a military regime and every story was censored.

“I was sentenced to 14 years in prison (and served eight years) for a crime that I didn’t commit, and so I think of it as tripping and falling, getting up and starting again. That’s how I stayed healthy and positive.

As soon as I got out, I went straight from the airport to the newsroom. My family were a bit annoyed about that.

A lot of journalists end up in prison, but somebody has to do it. I worry about going back to prison, but at least I know how to survive there.

Journalism isn’t about fame or money. It’s about doing the job. Our work is telling the truth” – Swe told young journalists at FNW19. 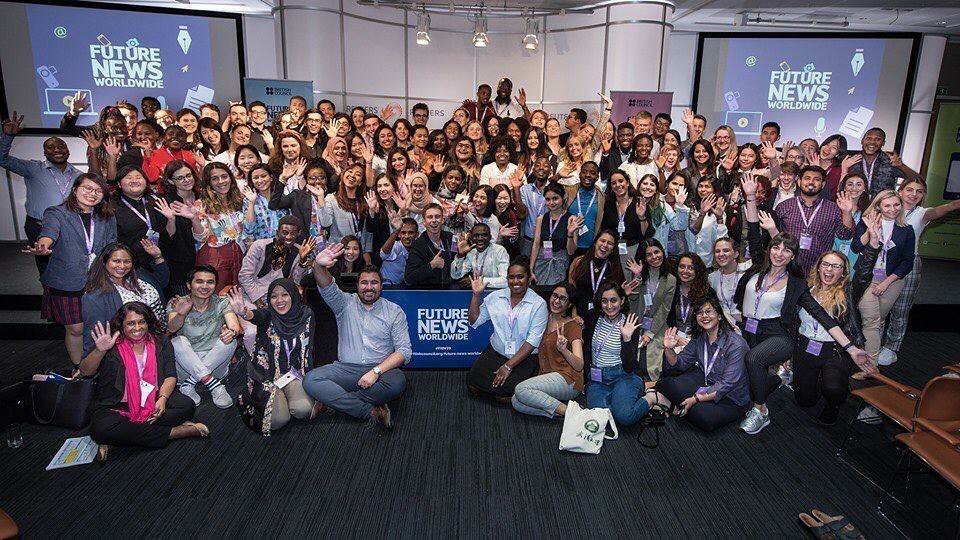 The 2019 Future News Worldwide was preceded by the signing of a global pledge to defend media freedom in London, led by the UK and Canadian governments who are working together to defend media freedom and improve the safety of journalists. The event was delivered through a partnership between the British Council and the Future News Worldwide Advisory Committee, comprising: the British Council, BBC, CNN, Facebook, Google News Initiative, Thomson Reuters, Newsquest Scotland, STV, The Quint, The Thomson Foundation and UK Schools of Journalism.

About the British Council

The British Council is the UK’s international organisation for cultural relations and educational opportunities. They work with over 100 countries in the fields of arts and culture, English language, education and civil society.

They make a positive contribution to the countries they work with – changing lives by creating opportunities, building connections and engendering trust.

Founded in 1934, it is a UK charity governed by Royal Charter and a UK public body. The organization receives 15 per cent core funding grant from the UK government. britishcouncil.org