Paul Biya Responds To Kumba Massacre: What Was He Doing For 72 Hours? - ARREYB 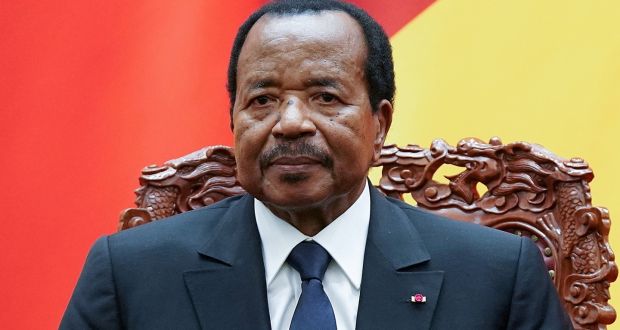 It was 72 hours after school children were shot and killed by armed gunmen while in class in Mother Francisca International Bilingual Academy Kumba, a city in Cameroon’s Anglophone regions.

Since then, social media grew wild and citizens have been demanding for an end to the Anglophone crisis in Cameroon – #EndAnglophoneCrisis

But the president remained silent all the while, only to respond 72 hours after the shooting occurred under his nose

“I learned with great sadness of the horrific murder of several students of the Mother Francisca International Bilingual Academy in the town of Kumba.

I condemn in the strongest possible terms this barbaric and cowardly crime against innocent children.

I have also instructed that appropriate measures be taken diligently to ensure that the perpetrators of these despicable acts are apprehended by our Defence and Security Forces and brought to justice.

I address my full solidarity and sincere condolences to the bereaved families as well as the educational community. I join my wishes and the deepest empathy of my Wife for the prompt recovery of the injured” the president wrote on his twitter handle

Journalists and the media have been asking why it took the president 72 hours to make a post in response to the shooting of 8 school kids in his country.

At the moment of this report, both government and Ambazonian forces have washed their hands off the shooting.