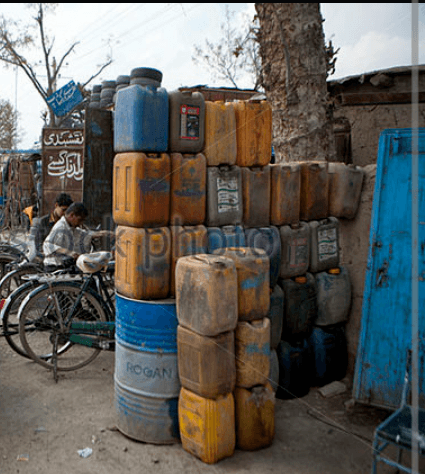 Thousands of petrol litres have been confiscated from some North West retailers from the border town, Ekok.

Despite government action, illegal petrol imported from neighbouring Nigeria is sold across the country via the Mamfe-Ekok corridor.

Authorities say more than 32,000 litres of petrol have been confiscated as police officers patrolled the streets making away with every drop of the petrol locally called “Funge”  .

The regional delegate for water and energy has debunked rumor that some petrol stations sell this quality of petrol. He adds that there is a control of quality petrol.

The rise of this business could be a result of the absence of school. Jobless youths who can not find anything tangible to do resort to this line which is fast becoming lucrative.

Even in the South West Region, the rate at which this business grows is alarming. ARREYB spoke to some taxi drivers of the South West who confirmed that they have no option than to go for this quality which is cheaper- a difference of over 75frs per litre.

One question however remains pending, how does this illegal petrol and other producst enter the country despite the presence of custom duty officials at the boarders?