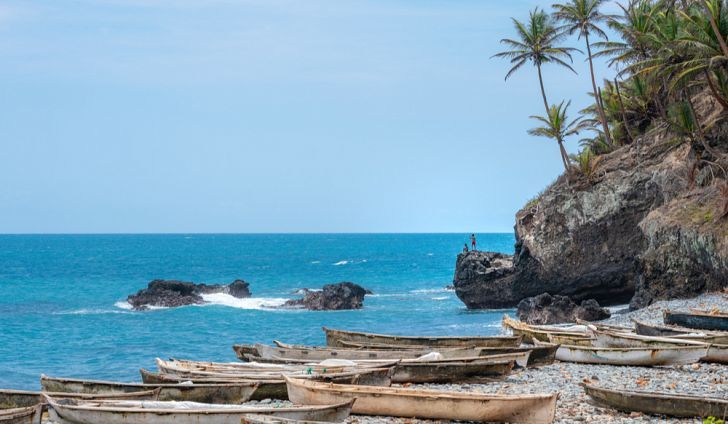 A group of seamen have been kidnapped after a sea attack on their vessel off the coast of Cameroon in West Africa.

The attack which occurred at the Gulf of Guinea saw about nine Chinese and eight Ukrainian seamen taken from two merchant vessels.

The abduction was first reported yesterday Thursday August 15. In a later report, a source in the Douala port told AFP that “Seventeen Chinese and Ukrainians were kidnapped(of whom nine were Chinese)”

As the story develops, authorities have confirmed the attack and insist they will only provide further details after preliminary investigations.

About The Gulf Of Guinea (World Atlas)

The Gulf of Guinea is one of the most dangerous gulfs in the world because of the widespread piracy that has affected a number of countries in West Africa and the larger international community.

It is the northeasternmost portion of the tropical Atlantic Ocean located off the western coast of Africa, extending from Cape Palmas in Liberia to Cape Lopez in Gabon.

Several rivers drain into the Gulf of Guinea including the Niger River and the Volta River. The Gulf’s coastline includes the Bight of Bonny and Bight of Benin and forms the western edge of the African tectonic plate.

The coastline is also similar to the continental margin of South America, constituting a clear confirmation of the theory of continental drift.