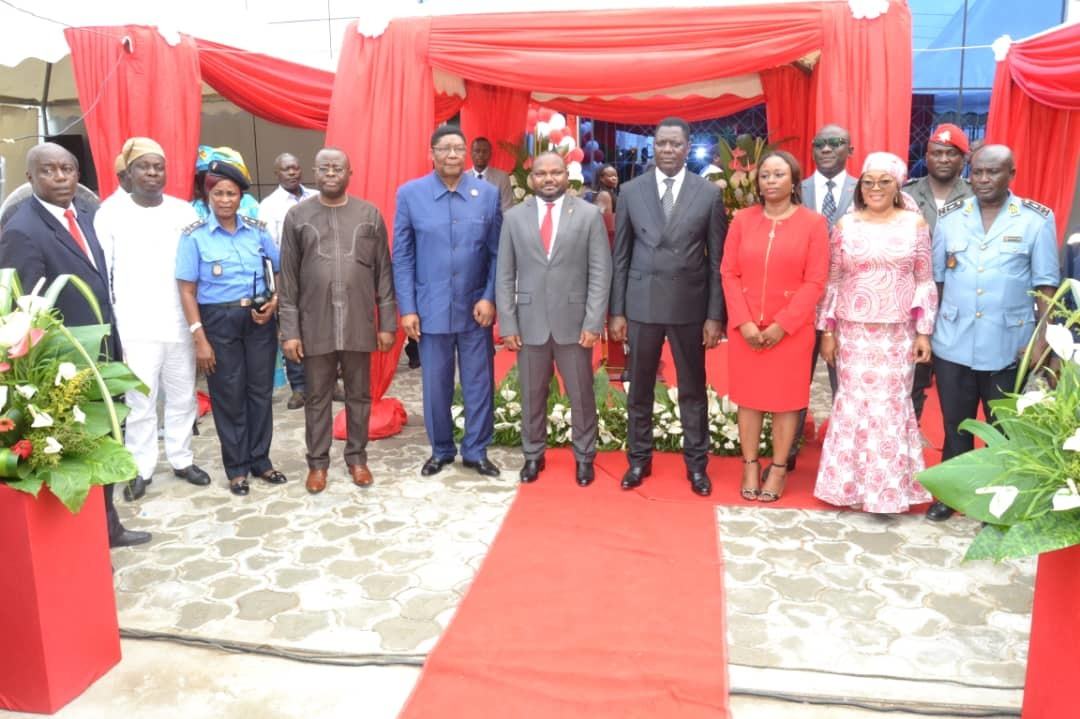 In a bid to better serve her customers, UBA officially commissioned a new branch on Friday 30 November, 2018 in Bonaberi Douala.

The ceremony was presided over by the Divisional officer for Douala IV Jean Marc Ekoa Mbarga and UBA Cameroon MD/CEO Dominique Mahend.

Also in attendance were local administrative and traditional authorities as well as customers and staff.

The new branch which brings to 16 the number of branches in Cameroon, falls in line with the bank’s vision to provide better services to its customers wherever they are.

According to the MD/CEO Dominique Mahend, Douala 4 in the last 2 years has witnessed immense development in different areas.

It is home to a huge diversified population with an active business community.

The construction of the second bridge over river Wouri has improved circulation which was a major issue for many years.

He called on all to profit from this opportunity of the branch at their Bonaberi door step.

That DO for Douala IV Jean Marc Ekoa Mbarga in his official address lauded the initiative of UBA saying it comes at a time when many businesses are setting up in Douala IV.

He also encouraged the management in efforts to support the economic growth of the country and called on the staffs to selflessly serve customers.

The pan African bank is operating in 20 countries across Africa, London, Paris and New York.