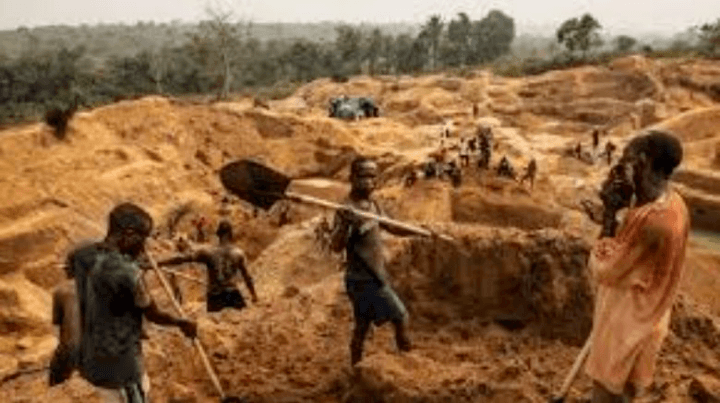 Cameroon presently mourns after 14 people are feared dead in a gold mine in the Eastern region.

The Thursday incident has been received with much pain by the people of the area whose main activity is mining.

The forest and rural development association, FODER investigated the case analysing over 43 deaths recorded in the past 10 months.

The mine in question had been abandoned by Chinese operators without any arrangements contrary to the regulations in place and is caved in Ngoe Ngoe around the borders between Cameroon and Central African Republic.

Authorities said over 40 villagers were in the pit digging when the tragedy occurred. Four bodies had been found in this same mine in early December.

While arrangements are made to recover the remaining bodies, FODER has urged the government to help curb down the death rate by taking action against Cameroon mining firms for the rehabilitation of mining holes which appears to be urgent.
.

Thousands Read and trust ARREYB News Reports DAILY,you too should !!!