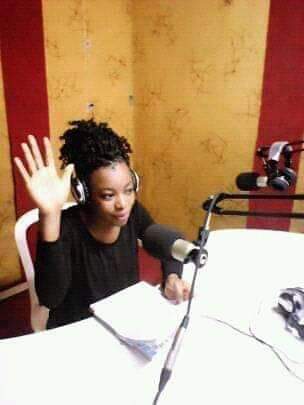 It is over ten hours since the abduction of Buea based radio animator, Mary Namondo by gunmen suspected to be Ambazonian fighters and her whereabout is unknown.

According to Ndumbe Evambe Amos, Station manager of Radio Bonakanda situated at the outskirts of Buea South West region of Cameroon, the gunmen stormed the radio at about 10:00pm Tuesday September 3 taking away the media professional.

Ndumbe attests that the boys set part of the radio ablaze before taking out with the radio animator.

Mary Namondo Motimbe was hosting a radio programme when the gunmen attacked the station.

Questioned on what has been done to secure her release, the manager said “I called the number of Mary Namondo when I learnt of the incident, a male voice answered telling me not to call the number again. I pleaded saying that Radio Bonakanda has not been involved in issues of the crisis but he replied in Pidgin English by saying “water don pass garri”(loosely translated as: The situation is out of control) and then dropped the call.

I called again, this time the voice said they will get back to me but up to this moment he has not called.”

The attackers are said to have stormed the radio interrupting an evening radio show before taking away the radio animator.

Mr Ndumbe said the incident has been reported to elements of the gendarmerie stationed in Bonakanda.