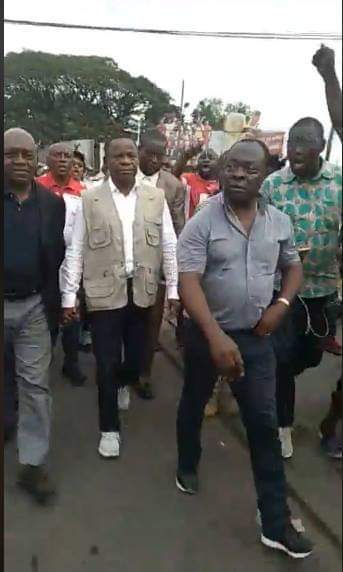 The details of the January 26 protests have been revealed in a press conference granted by Cameroon’s communication minister, Rene Emmanuel Sadi and minister of territorial administration, Paul Atanga Nji.

The communication minister said the protests organised by opposition party MRC under Maurice Kamto were unathorised. 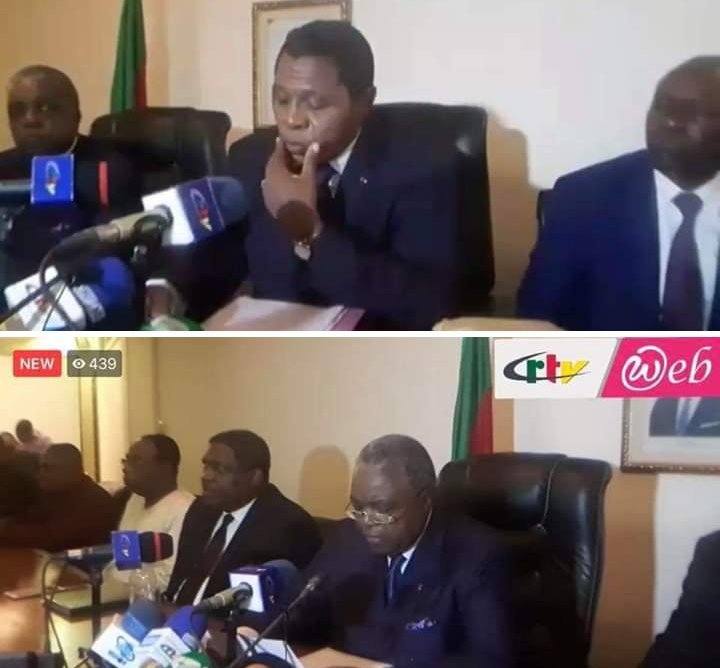 He said the “destructive public demonstrations were illegal as the protesters used slogans of rebellion”. To him, the administration took the necessary measures to restore peace and order.

A total of 124 persons were arrested; 62 in Yaounde, 42 in Bafoussam, 13 in Mbouda 7 in Douala including two well known activists. Still in Douala, 6 persons were injured.

On his part, the minister of Territorial administration, Atanga Nji has said “those arrested will remain there and will face justice when the time comes ”

Among those injured were Celestine Djamen,MRC Politician and Barrister Michelle Ndoki who recently defended Maurice Kamto at the constitutional council. Ndoki was confirmed to have received 4 bullets on her thigh as she was rushed to the hospital for treatment. 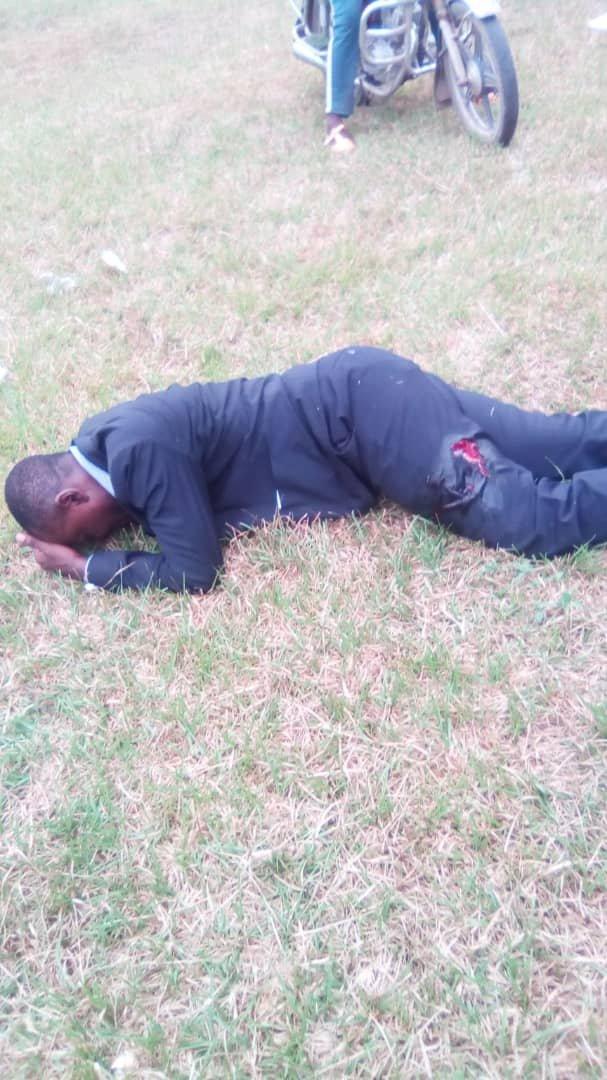 Mr Djamen had recently resigned from the SDF to join MRC and was a serving councilor at the Douala V council.

While the government has warned about any further protests, Maurice Kamto has told Cameroonians to come out in their numbers and join the protests.

“The time is now or never. We have to sacrifice for you. Tell all those who are still home, tell your parents to come out.

I am a parent and I am here. There is no turning back. This is just the beginning of Justice in our country”, Kamto was heard speaking during the street protest yesterday, barely four hours after his 6 followers were injured.

In more news abroad, several pro Kamto supporters also invaded the Cameroon Embassy in Belgium though some were stopped by police.

These protests in the French regions come at a time when the nation is still suffering from the Anglophone crisis which has been ongoing for over 3 years now.

The government is therefore met with the pressure to settle these disputes amicably rather than the usual use of force or brutal military methods.

In viral video on social media, an armless civilian was shot in the leg by a soldier.

Prominent Barrister and human rights activist, Agbor Nkongho wrote on the issue wondering how a trained soldier could act that way towards a citizen.

“How can a supposedly train officer treat a fellow citizen this way? This is a classic case of gross violation of fundamental right to peaceful assembly and cruel and inhuman treatment. Unfortunately this has become widespread and systematic. The institutionalization of torture”.

Note that MINCOM said last night that no live bullets were used during Saturday’s protest.

We end this story with comments from some top Cameroon political leaders on the protests. (screenshots below) 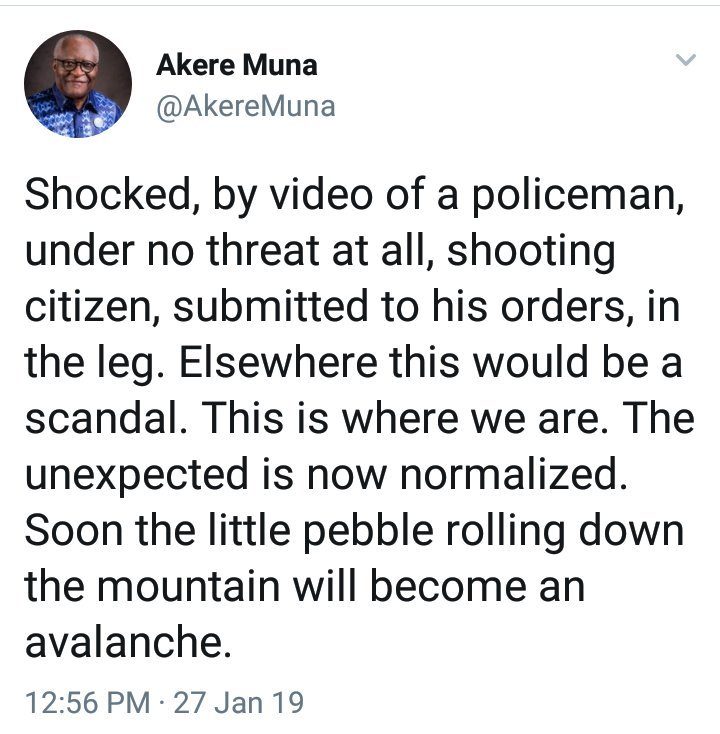 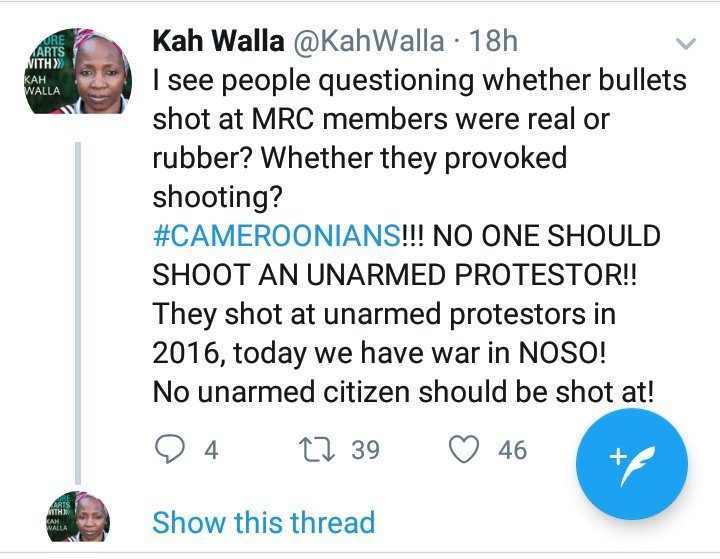 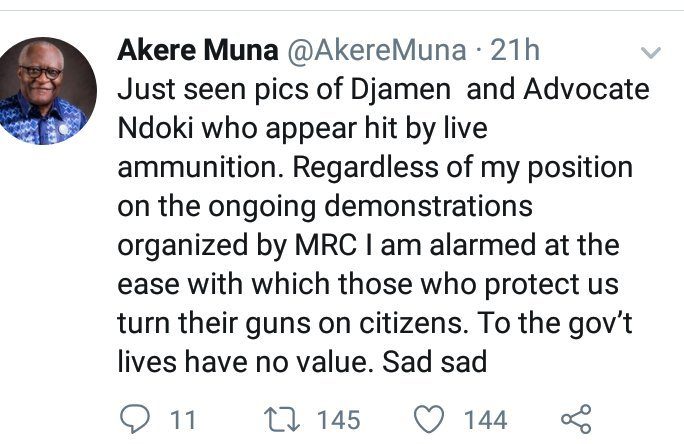 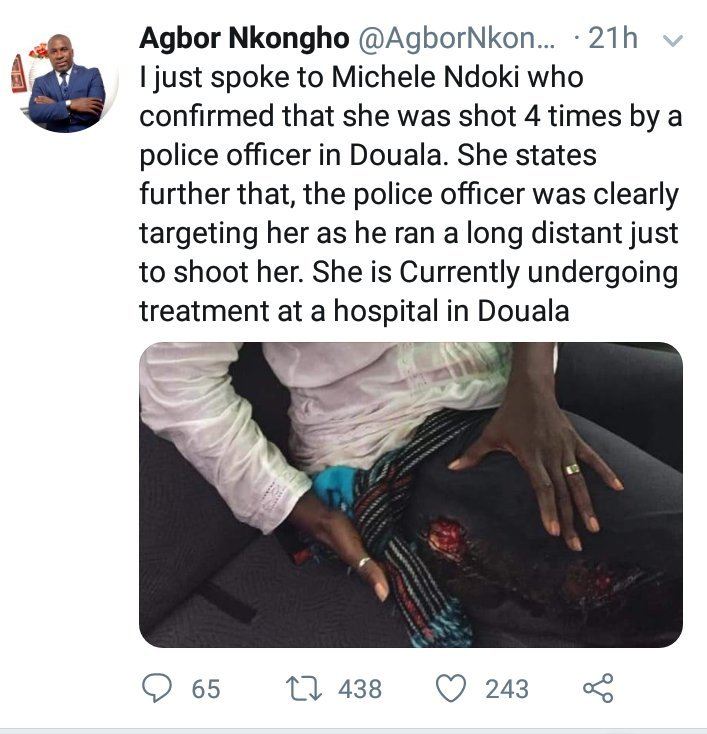