In her recent tweet, Edith Kahbang Walla popularly known as Kah Walla has opined that the problem of violence in Cameroon should be blamed on the Biya regime.

The Cameroonian politician said this in a retweeted report on the sad scene in Guzang ,North West Region of Cameroon.

According to the report, “the Ambazonia fighters who lost their lives around the Guzang market in Batibo subdivision were actually attacked by other fighters from a different camp”.

The bloody battle led to over 8 deaths on both camps and the contesting forces promised a return fight to avenge the death of their team members.

Responding to this report, the leader of the CPP party said “the nonsensicality of this violence is to be blamed on the Biya regime”. She added that it is both moral and strategic to fight the regime non-violently. 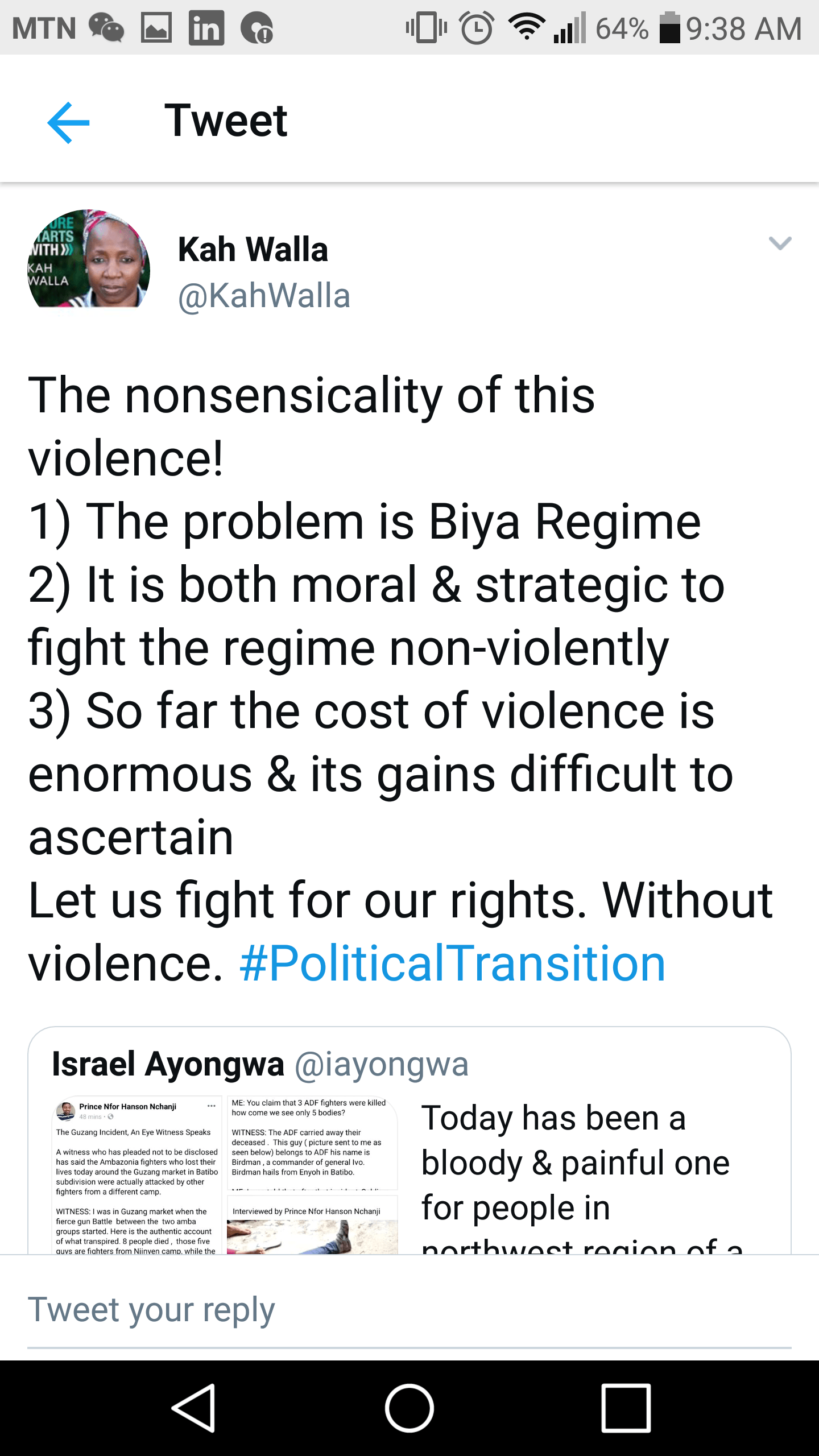 While the crisis persists, hundreds have been killed, villages burnt, thousands wounded and others fled to neighbouring Nigeria as refugees.

A Little About Kah Walla

She went into politics in 2007 with the Social Democratic Front (SDF),the main Cameroonian opposition party and was then elected into the municipal council of Douala I.

In 2010, she resigned from SDF following a divergence over strategy and declared her intention to run for the 2011 presidential election on October 23, 2010.

On April 30, 2011, she was elected the president of the Cameroon People’s Party (CPP) and party candidate for the 2011 presidential election.