Two, Brothers Of The Same Family, Shot And Killed By Gov’t Military Soldiers In Cameroon 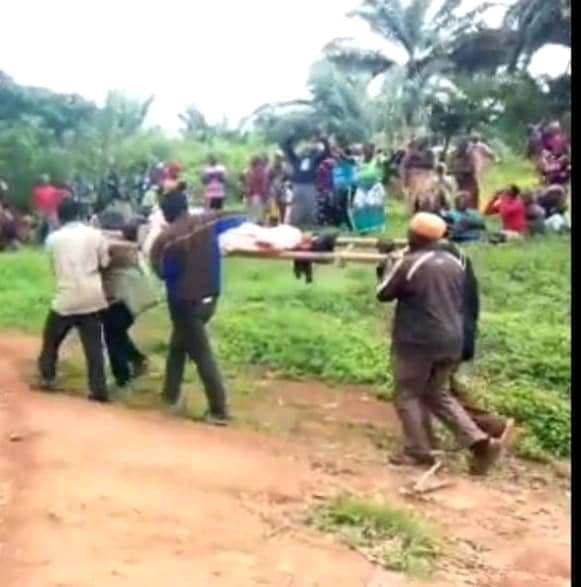 Two persons have been killed in Luh, a small village in the North West region of Cameroon

On Monday May 31, 2021, villagers say they woke up to random gunshots as government military forces invaded the land in search of separatist fighters

“We heard shooting in many directions and at the end, two people were killed” he added

In videos circulating online, a group of young men are seen carrying dead bodies which rest on their shoulders

The bodies are tied to sticks resting on their shoulders, as villagers walk behind them pouring out tears for the deceased

About 8 others were injured, villagers said

But the government or any of its communication arm is yet to respond on the accusation that her military invaded Luh, killing two men, all from the same family

In many shootouts, the government has hardly held its military accountable

Although a few stories have reported military soldiers being locked up for torturing or shooting at civilians, no news is heard further as the punishment they will receive

And the story dies a natural death

The year 2021, The Anglophone crisis in Cameroon is topping 5 years since it began in 2016

Both separatist fighters and the government are yet to come to a dialogue compromise.