Following the fatal accident that occurred at the mile 29 hill on August 19 and as a result of other recent accidents, the joint councils of Buea and Muyuka together with the Presidents of the Buea and Muyuka chiefs Associations have decided to organize a cleansing ceremony at the venue of the accident to be attended by denizens of these two areas .

The event was made public through a communiqué signed by Mayors of the Buea and Muyuka councils in accordance with the heads of the chiefs Associations in both towns. 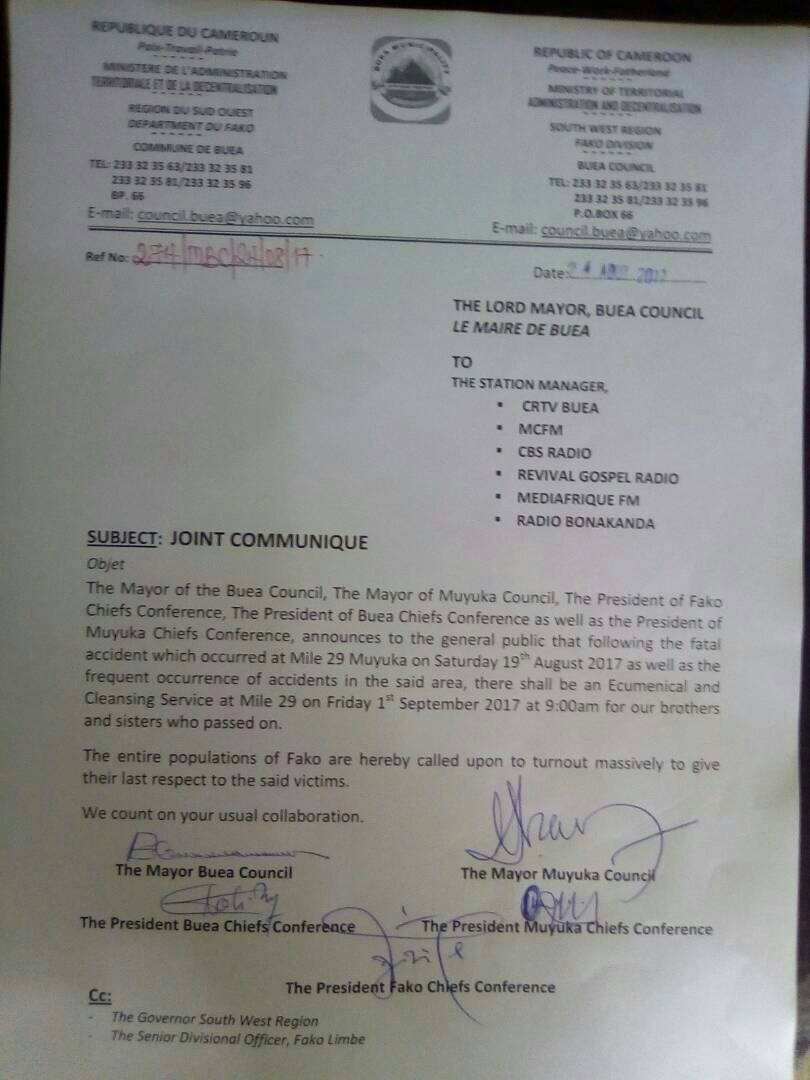 In the past four months of 2017, the Buea-Muyuka highway is said to have recorded over four fatal accidents, all of which led to at least one dead or several others seriously injured.

It is in this light that both Mayor Ekema Patrick of the Buea Council and Mayor Nkeng Michael of Muyuka Council are mobilizing their subjects to the event scheduled to take place on Friday 1st September 2017.

Maybe the gods are angry and the land needs some “cleaning”, who knows?

However, it is but normal to caution drivers and take the necessary measures to survive the population. Good roads, roads signs, driving expertise and a host of other efforts may go a long way to solve more trouble.
Leave a comment below!