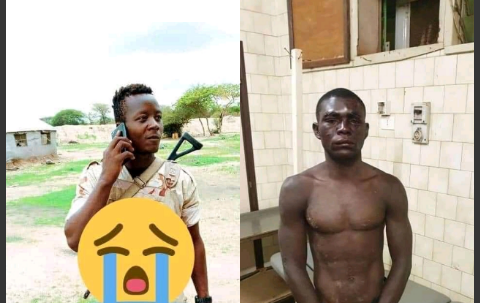 A military soldier has killed his colleague in Bertoua, East region of Cameroon after an argument over a woman

Takougan Nelson, a member of the Rapid Intervetion Battalion, BIR was killed after a fight broke out between he and his friend in a drinking spot.

Nelson was killed after he approached a certain Marina. Marina, according to reports, had history with Nelson’s friend

A source added that Nelson was stabbed several times and he reportedly died on his way to the Bertoua regional hospital.

Nelson’s killer is in the hands of security forces, while further investigations are going on.