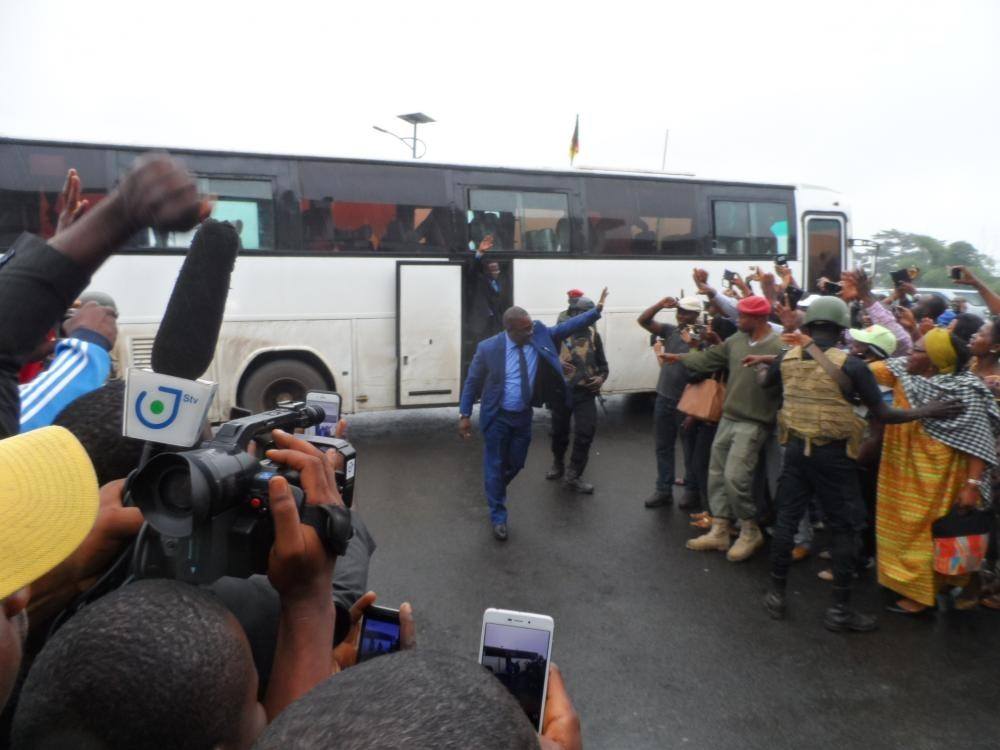 In the wake of the Anglophone crises, Agbor Bala who came to lamplight as the Consortium leader has risen to fame and named by New African Magazine(a political and economic magazine published in the UK) as one of the most influential Africans in 2016.

He was recognized for rejuvenating the ghost town system, something which last happened in Cameroon in the Year 1990.

With recent fame after his release with a host of over 54 Anglophones detained at the Kondengui dungeon, Cameroonians wonder his next political ambition.

Would Agbor Bala go in for next year’s presidential elections to knock horns with the Biyas and Frundis?

As former United Nations Legal adviser, Barrister Agbor Bala Felix Nkongho has been predicted by many to be a possible presidential candidate for the next elections in Cameroon but Bala is yet to make any open statement on these calls.

In more events, media has speculated Agbor Bala to be a possible appointee in President Biya’s next cabinet. This might be the bait to make him relent all efforts towards the Anglophone struggle.

Since his release, Agbor Bala has made several visits; to the prison, to the released Hon. Ayah Paul Abine and to Mamfe his hometown where he was decorated as Sesseku, a high office in the Mamfe traditional culture.

Having mastered and experienced what many Africans go through in the hands of an autocratic regime, many wait for his next move.

Agbor Bala as the president of Fako Lawyers’ Association and the Central African Vice president of the African Bar has been pivotal to the Anglophones in Cameroon.

Many therefore wait for an open address by the Manyu elite. We call on him to make an open remark to these calls.