He was the most popular Literature lecturer in the University of Buea and made so much impact with his writings; his students, friends and associates celebrated him.

Bate Besong (BB) was one of Cameroon’s priceless assets, noted for his prolific poetry and drama writings.

This was one of Bate Besong’s most celebrated poems, a dedication to late Anglophone politicians west of the Mungo who he called unsung heroes of Cameroon:

Jacob Bate Besong was one of the most outstanding poets Cameroon ever had. He had been so true and precise in his prediction of the Anglophone struggle but unfortunately did not live to see it happen.

Even after his arrest and torture, he refused to stop his ink from flowing

His writings were at times too complicated for the common man and many saw him to be controversial. In fact media practitioners had analyzed him to be one of Africa’s most controversial poets.

In most of his poems he called for political, economic and social liberation of his people. It was so evident Bate Besong was not a fan to the oppressive policies.

In “Their champagne Party Shall End”, Bate denounces those who use their position to drive the nation into bankruptcy while their accounts swell;

“…Observe how these same jokers / Despoil the communal treasures…”.

He calls their indulging into money grabbing shameless and highlights the need for torch-bearers who can take the ‘prisoners’ out of the cave in which they grope in total darkness.

He cried out to what he called “zombies” and “Morons” who feed from the crumps of their oppressor’s table while their own brothers felt neglected. To him there was a need for the rise of a Hero.

Bate Besong uses one of his poems to grapple with very topical issues in African politics.

In “Requiem For the Sycophantic Omenologist” he exposes and denounces electoral fraud comparing it to daylight robbery.

He cried out to Zombies and the Morons who feed on the excrement of their oppressors as he was saddened by the lack of risen minds.

He badly wanted the rise of some heroes

“…Where are the hired runners
who will bridge the firepower
Of our anger across the Mungo?

It is no mistake he used words like “hired runners and “new dawn”. He saw some future ahead and this was his ability to be succinct as a poet.

Bate saw the whole reunification concept as a farce because of the incompatibility of the Anglophone and Francophone values.

In one of his poems, he talks about erecting a white elephant for a pampered nostra.

The image of the white elephant is used by the poet to highlight the impossibility of unity and integration.

Most of his written poems predicted that the hour had come for the dawn of a new era. No matter the threats, he stood his grounds and prophesied through by pen.

“Have you heard of BB… I immediately felt even before he confirmed it, that something tragic might have happened. No! What’s wrong with him, I recall asking…” – Martin Jumbam recalls

When he returned to Cameroon in 1999, he taught at the University of Buea untill his death.

Shortly after his play “Beats of No Nation” was staged, he was kidnapped and tortured by some agents who took him to an unknown place. The news of his kidnap only broke out when he was released.

Prof Jacob Bate Besong had received Africa’s most prestigious award for poetry, Tchicaya Utamsi Award and in 1992, he won the Association of Nigerian Author’s prize for “Requiem of the last Kaiser”.

Born in 1954, the English writer had published numerous plays, collections of poems and essays.

His death in a ghastly accident on March 8 2007 came as a shock to all. 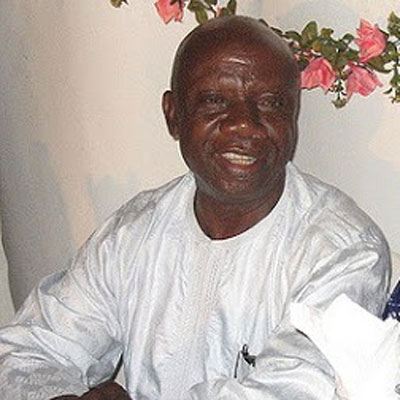 “…When I pressed the answer button and held to my ear, I heard a delirious voice from the other end shouting “Bate Besong! Bate Besong!” I recognized the voice and tried to ask “what is wrong with Bate Besong? I knew that he had been engaged in launching his latest book entitled ‘Disgrace’ the day before in one of the amphitheaters of the University of Buea where he was lecturing at the time…”

He had even recorded an interview with CRTV producer, Robert Ekukole, little did both of them know it was his last media showcase. The interview was only used posthumously on government media, CRTV”. 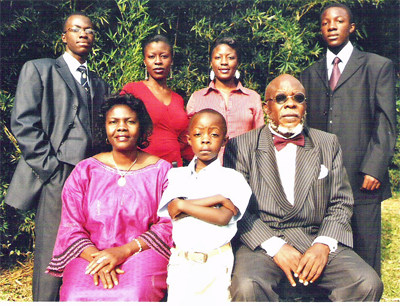 In honor of the great writer, the public Affairs section of the US embassy organized a literary evening at the Ambassador’s residence to study “The Quest for Freedom and social Justice” in the literary work of Bate Besong. 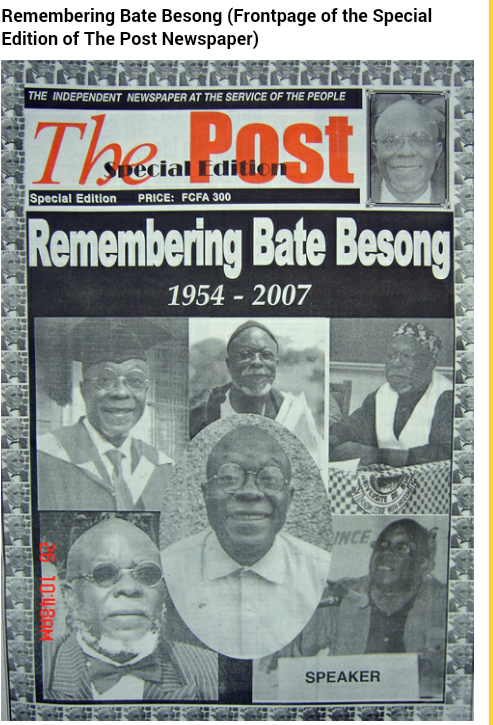 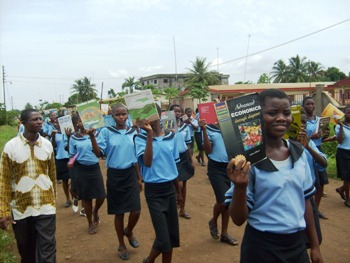