November 21, 2016, fearless and bold, Mancho Bibixy appeared in an open casket in a crowded roundabout in Bamenda with a blow horn to declare he was ready to die while protesting against the regime’s social and economic marginalization of Anglophones in Cameroon.

He told the crowd how frustrated he was to see the city with bad roads, no social facilities and dilapidated infrastructure, pointing fingers specifically to the Bamenda City Council for failing to dispose of waste that was all over the town.

“It was so until 21 Nov 2016 when God commanded me to take this to another level,” Mancho is quoted as saying.

He was quickly dubbed “Mancho Bibixy the Coffin Revolution leader” by English-speaking Cameroonians and emerged as a key leader in the political movement against Paul Biya’s policies.

It is noted that about a month after his arrest ,the City Council began a Hygiene and Sanitation campaign with the coming of a new company to clear the pile of waste that filled the main city.

With a strong liberation spirit, Mancho Bibixy and his activities of the coffin revolution undoubtedly sparked the flames of the Anglophone crisis in Cameroon.

He is also said to have feared that there was a clearly worked out plan to completely wipe out Southern Cameroons through discriminative tendencies.

“I vowed it will not happen in my lifetime,” Mancho said at the wake of the socio-political upheavals in the Southern Cameroons.

The journalist is said to have had the desire to understand how Cameroon’s crude oil is managed and did some investigations on drilling rigs in the Atlantic Ocean. 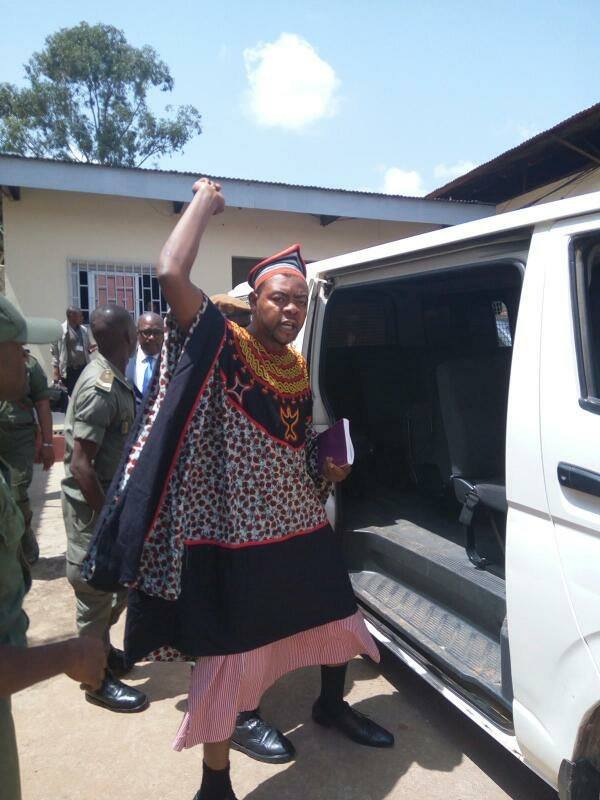 While serving as a radio host, he conducted several interviews with petroleum barons and some key figures in the petroleum industry, trying to know about the functioning of the National Hydrocarbons SNH, Chantier Naval, and the National Petroleum Depot and SCDP.

It is reported that Mancho nursed some frustrations when he discovered that Koreans were not allowed to construct the sea port of Limbe.

Mancho is being detained at the Kondengui Prison in Yaounde since his arrest in Bamenda on January 19 2017.

The Cameroon government is accusing him of tampering with the integrity of the nation by demanding the partition of Cameroon through the creation of the State of Ambazonia.

“Our people must remain united. The idea of the coffin revolution came from my thinking. I thought of several symbols that will speak. I started eliminating them and ended with a coffin because Southern Cameroonians seem to have died before their real death. No need to be afraid to speak truth to power,”

Mancho is quoted as saying in a report written by Solomon Amabo Amabo.
Being detained for over two years, Mancho has been described by many as a prisoner of conscience.

Picked up alongside other Anglophone leaders like Agbor Bala, Fontem Neba and Ayah Paul who have now been freed, Mancho is routinely handcuffed like a common criminal and brought to court for several sessions. He had earlier been sentenced to 15 years by the military court.

In the University of Buea, he studied journalism and mass communication. Before his University studies, Mancho did part time radio work for Abakwa FM Radio in Bamenda and for the state media, CRTV.

He studied Cisco Certified Networking and completed in 2012 as a CCNA Administrator. He also studied Petroleum Engineering at the Gulf Field Institute in Limbe though his studies were prematurely terminated following his fathers death in October 2013. So Mancho returned home as the leading male in his family to cater for his juniors.

From 2014 to 2016 he continued working with Abakwa FM while playing a major role as a History teacher in some private institutions in Bamenda.

“The gods May Be Angry”-Buea And Muyuka Denizens To match To The Mile 29 Hill For Cleansing Ceremony.