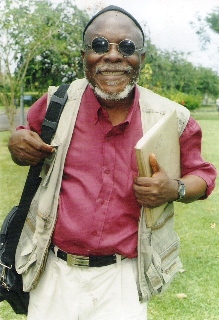 Thanks for checking out part two of our serial on the unsung hero, Bate Besong (BB). Part one was amazing, for those who missed it, you can click here for a rundown.(Part 1) Remember to subscribe for regular updates of this serial, like, share and comment to help us improve.

The serial you are about to read has been under research for the past four months. In Fact Bate Besong inspires many till date; as a result we screened to give you the very lucrative part of him. We can talk BB till infinity, but let’s get the best of him.

Bate Besong uses one of his poem to grapple with very topical issues in African politics. In “Requiem For the Sycophantic Omenologist” he exposes and denounces electoral fraud comparing it to daylight robbery. The poem is an invitation from the narrator to his compatriots to summon courage and pull off the iron mask that the wooden tiger puts on to defraud his compatriots

Prof Bate Besong cried out to Zombies and the morons who feed on the excrement of their oppressors. Indeed he was saddened by the lack of risen minds. To him there was a need for the rise of some heroes. 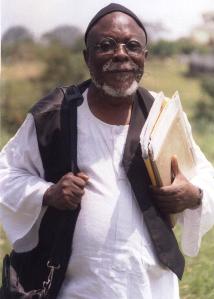 “…Where are the hired runners
who will bridge the firepower
Of our anger across the Mungo?”

It is no mistake he used words like “hired runners and “new dawn”. He saw some future ahead and this was his ability to be succinct as a poet. ARREYB calls him “THE PROPHET WITH A PEN”.

Washington DC based LEGIDEON Magazine, edition 006 published that Bate Besong saw the whole reunification concept as a farce because of the incompatibility of the Anglophone and Francophone values.

In one of his poems, he talks about erecting a white elephant for a pampered nostra. The image of the white elephant is used by the poet to highlight the impossibility of unity and integration. Most of his written poems predicted that the hour had come for the dawn of a new era. No matter the threats, Dr Bate stood his grounds and prophesied through his pen. No doubt his work stands the validity test till date.

Till his surprise death, many fans clamored for his latest publications. Tears ran down my cheeks at his sudden death. He had even recorded an interview with CRTV producer, Robert Ekukole, little did both of them know it was his last media showcase.