Pope Francis On The Kumba Massacre in Cameroon! - ARREYB

Pope Francis On The Kumba Massacre in Cameroon! 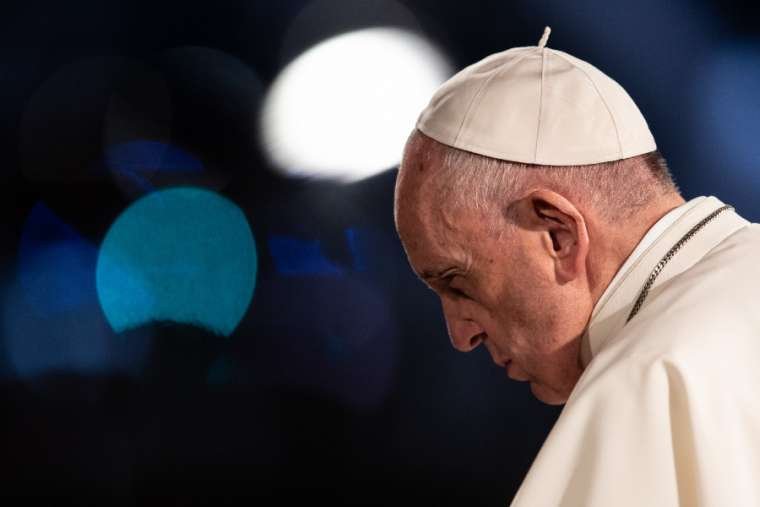 Pope Francis, during the Wednesday General Audience, expressed sorrow over the tragic murders of at least six students by unidentified gunmen in Kumba, southwest Cameroon, over the weekend.

“I share in the suffering of the families of the young students barbarically killed last Saturday in Kumba, in Cameroon,” the Pope said.

“I feel great bewilderment at such a cruel and senseless act, which tore the young innocents from life while they were attending lessons at school.”

“May God enlighten hearts, so that similar gestures may never be repeated again,” Pope Francis added.

Turning his thoughts towards the long-running socio-political conflict in Cameroon, the Pope prayed that “the tormented regions of the north-West and south-West of the country may finally find peace.”

“I hope that the weapons will be silenced and that the safety of all and the right of every young person to education and the future can be guaranteed,” he said.

The Pope also expressed his nearness to the families, the city of Kumba and the whole of Cameroon, invoking upon them “the comfort that only God can give.”

Prayers for the victims
Separately, Bishop Agapitus Nfon of Kumba has invited the faithful to join in prayer for the victims and perpetrators of the attack.

In a statement released on Saturday, the Bishop said that according to information he received, unidentified gunmen stormed Mother Francisca International Bilingual Academy in Fiango Kumba at 11:30 am on Saturday and opened fire on students on in a classroom. “Of the twelve students assaulted, six were killed and the others who were seriously wounded were rushed to the hospital,” explained Bishop Nfon.

During the Mass, which will be celebrated on Friday at the Sacred Heart Cathedral in Fiango Kumba, prayers will be offered for “the repose of the souls of our dear and innocent students who were murdered,” according to the Bishop. The Mass will also be offered for “God’s consolation on their parents and families and guardians, and for all our traumatized pupils and students.”

“My dear people wrapped in grief, our only true hope is God!” the Bishop said. “Let us turn to Him in our desperation and prayerfully cry to Him to come to our assistance.”

“Because of this barbarous act, the people of Kumba are wailing, the entire Diocese of Kumba is mourning, our hearts have been crushed because our innocent children are no more,” the Bishop lamented. “We are crying and asking why our children are murdered? What did they do wrong? Is it because they went to school?”

The Bishop also recalled a previous attack in May 2020 when a pregnant woman and some children were murdered in Ngarbuh, in the diocese of Kumbo.

He compared the horrifying deaths to the slaughter of the infants ordered by King Herod and the voice of Rachel in the prophesy of Jeremiah (Jer 31: 15), lamenting bitterly over her children because they are no more.

“Today, Saturday, 24 October, 2020,” he said, “Kumba is reliving that prophecy not long after the heinous massacre of innocent children and pregnant women in Ngarbuh… “Was Ngarbuh not enough? How much of the blood of our children need to be shed before something concrete and immediate is done?”

Bishop Nfon called on the government and international bodies to “look for a lasting solution to this problem that will restore justice and peace.”

Condemning the Saturday attack, the Bishop noted that it comes barely five months after the Ngarbuh massacre which drew condemnation from many quarters.

“Where will it be next, if something concrete and immediate is not done by the powers that be and can make things happen?” he asked, adding that Saturday was the “darkest and saddest day” for Kumba since the nation’s socio-political crisis affecting the North West and South West Regions began.

Since 2016, parts of Cameroon have been gripped by unrest since Anglophone groups began to call for their independence.

Some schools in Cameroon have only recently reopened following a four-year shutdown, as the separatists’ fight for an independent state they wish to be known as Ambazonia carries on.

Currently, authorities have not been able to identify the assailants, and neither are they able to ascertain the reason why the school was targeted.

As published by the Vatican News