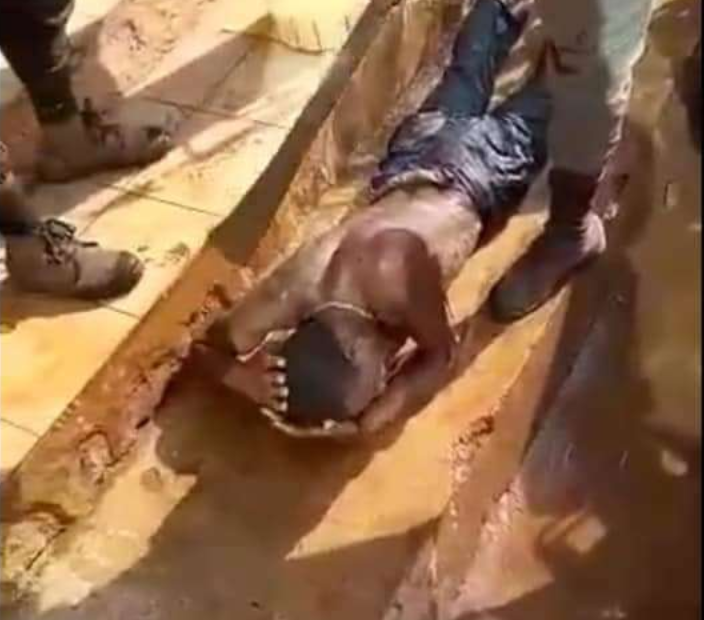 The ministry of defence has accepted that some defence and security forces severely tortured a man to near death in Ndu, Donga Mantung division in the North West region.

According to a press release signed January 15, MINDEF say the elements of the defence and security forces who committed the act have been arrested and are presently in custody in Ndu.

On February 13, a video appeared on social media with security and defence forces severely beating a man.

” Primary investigations led to the identification of the victim by name Jean Fai Fungong, suspected to be a criminal relay and local terrorists,” a section of the press release reads.

It is not clear if Jean Fai is still alive or not now.