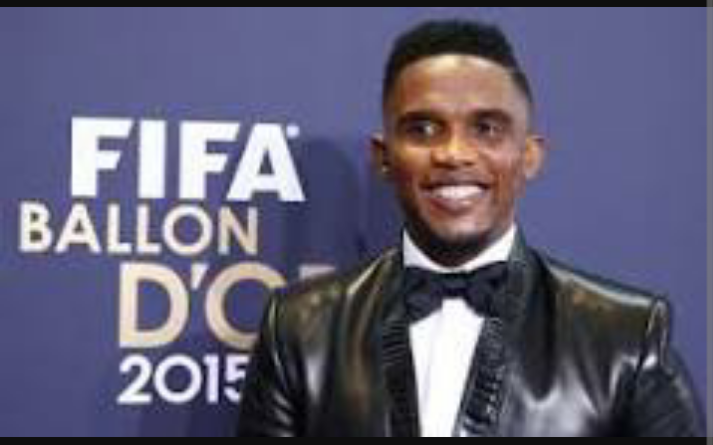 Cameroonian born footballer, Samuel Eto’o, has been the talk of Cameroon politics after Afri Pulse reports twice his political intentions in Cameroon. First was his comment on one Georges Weah’s timeline and the second time, the media organ reports that Malitribune has disclosed to the press a growing intention for politics in Eto’o-the soccer player has always loved politics from childhood.
Eto’o Fils is a Cameroonian professional footballer, world acclaimed 30 year old goal scoring soccer wonder boy who is ranked among the highest paid world soccer players at over half a million dollars a week, according to the AP!

An exclusive check on his candidacy could be so right as it will practically dwarf the field of pretenders who line up to become runners-up to the 29 year-old incumbency of President Biya.

He has been of help to many sectors in Cameroon. In music, Cameroon artists like Manu Dibango, Richard Bona and Longue Longue often commend his support and friendly relations. Eto’o had even initiated the establishment of Samue Eto’o fils Telecomunication Netwrok, SET some few years ago, though it failed.

Apart from that, he has other projects in Cameroon.

However, this goes beyond a mere issue on social media and hints from friends. Eto’o is yet to make solid confirmations on this but many commend this idea, saying his leadership may emerge.