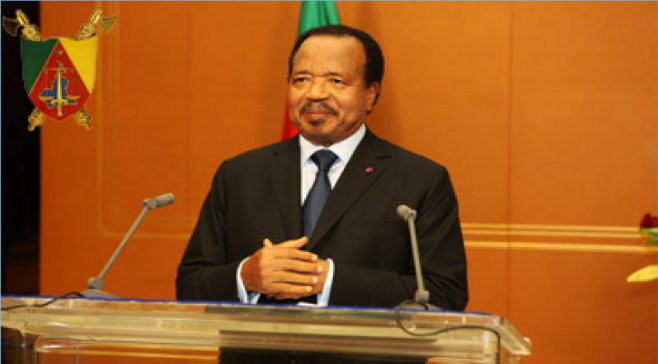 On Sunday October 1st, while the Anglophone regions were faced with serious tension, Cameroon’s President Paul Biya took to his Facebook page where he seriously condemned violence irrespective of the perpetrators.

He called for meaningful dialogue and an amicable way to solve the Anglophone crisis in Cameroon, not necessarily with any acts of violence.

“I strongly condemn all acts of violence regardless of their sources and their perpetrators. Let me make this clear; it is not forbidden to voice any concerns in the Republic”.

The president noted that nothing great can be achieved through verbal excesses, street violence and defying authority.

He suggested that ending solutions to problems in Cameroon could only be found through peaceful dialogue.

We however, wait to see the implementation of these words.

It should be noted that this suggestion comes months after several failed attempts for both the government and the Anglophones to come to a consensus on the dialogue table.

Some of these leaders are on self exile. Popular opinion says if the government is interested in getting peaceful dialogue, then those on exile must be granted a peaceful return and the release of all those incarcerated in the prison as a result of the wrangling which began since November 2016.