[Prediction] This Is What Will Happen To Cameroon ! - ARREYB

[Prediction] This Is What Will Happen To Cameroon ! 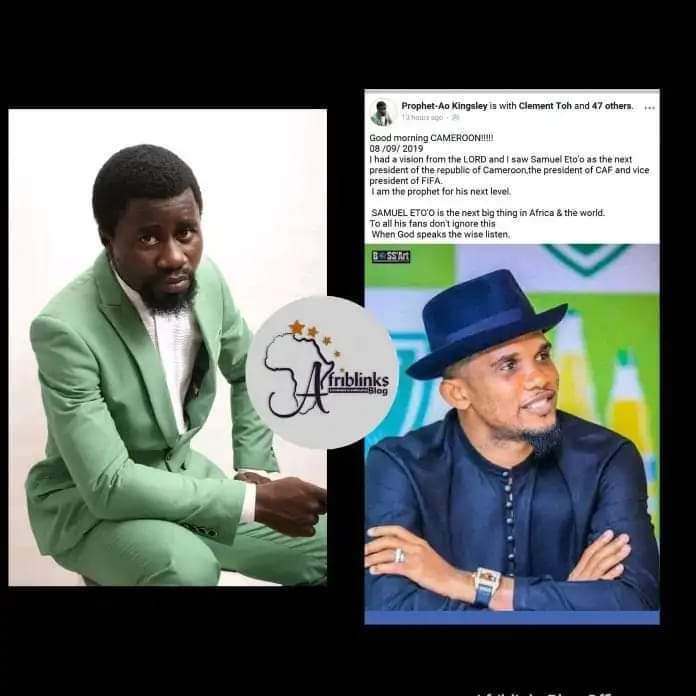 A Cameroonian prophet, A.O Kingsley has prophesied a new era for Cameroon.

Writing on the future of Cameroon, the prophet who doubles as a gospel artist said retired Cameroonian footballer star Samuel Eto’o will be president of Cameroon.

“I had a vision from the LORD and I saw Samuel Eto’o as the next president of the republic of Cameroon, the president of CAF and vice president of FIFA. I am the prophet for his next level.” – Prophet Kingsley wrote.

He also noted that Samuel Eto’o was the next big thing in Africa, asking his fans and well wishers not to ignore when God speaks.

We put a call through to him, the Prophet insisted he heard God, noting that he had prophesied other occurrences in Cameroon which came true. He added that God was about to start a new era in Cameroon

Questioned on the fears of sending out such daring messages knowing the repercussion if these words don’t come true, the prophet insisted he heard God and “decided to speak as he was led”.

In 2018 we published how the Cameroonian superstar was the talk of Cameroon after suspected political intentions in Cameroon.

We made reference to Eto’o’s comment on a certain George Weah’s timeline and how his love for politics from childhood may influence a political career.

Now retired, Eto’o Fils is a Cameroonian professional footballer, world acclaimed goal scoring soccer wonder boy who was ranked among the highest paid world soccer players at over half a million dollars a week.

In last year’s presidential election, he rallied behind the CPDM and Paul Biya .

Eto’o announced his retirement from football with a message on his social networks two days ago, retiring at 38 after playing for Qatar Sports Club.

He was a professional player for more than 20 years with five seasons at Barça (2004-2009), where he became one of the best strikers in the history of the club.

Looking at Eto’o’s seemingly early retirement, we’re likely to say he has plans to build a second career.

Should we presume this will be in politics ? 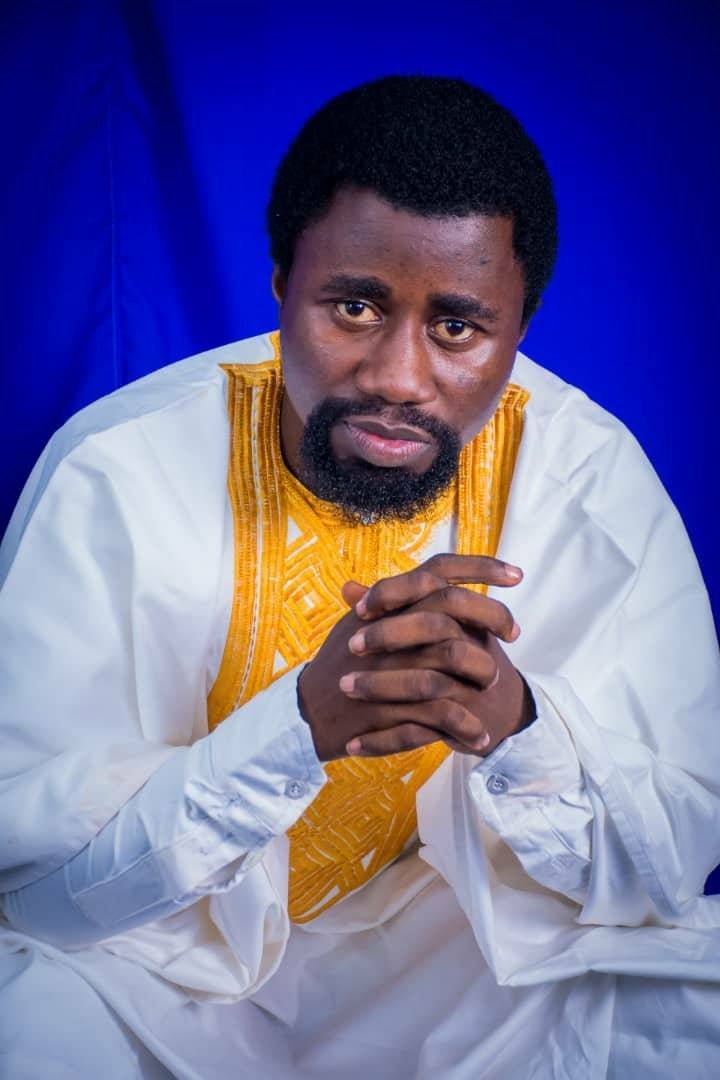 Aside Politics, the prophet mentioned Eto’o in football leadership positions as president of CAF and vice president of FIFA.

They sited Jean Paul Akono, Cameroonian football coach and former player who suggested in an interview that Samuel publicly declares his candidacy to head the Cameroon football federation.

This vibrant tribute to the 38 years old footballer came just when he had announced his quit from being footballer.

“Didier Drogba is a candidate for the post of president of the Ivorian football federation. Samuel Eto’o can also seek to run the presidency of Fecafoot to implement his vision” – JP Akono said.

We can only watch to see if these prophesies will come through. Eto’o has made Cameroon a renowned Country in Africa and has also been a source of huge support to the Cameroon music industry seen in his links with stars like Richard Bona & Petit Pays.