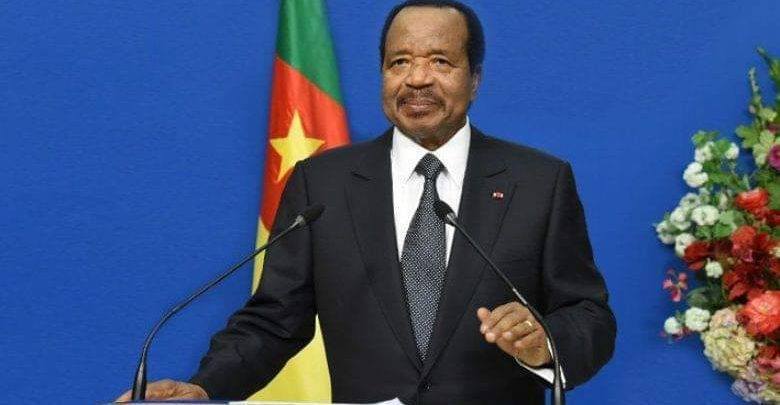 The address made headlines on both local and international media as the president traditionally addresses the nation only twice a year; once every February 10 on the occasion of the national youth day celebration and every December 31st in a special new year message to the nation.

Mindful of Biya’s unpredictability, Cameroonians were quick to forecast the speech. Some speculated the 86 year old incumbent president was going to announce his resignation at a time when a bloody conflict is crippling the North West and South West Regions with untold sufferings and misery.

The Biya regime also has records of being one of Africa’s worst countries in the promotion of press freedom. Several journalists are languishing in jail and independent journalists who dare criticise his policies are forced to drop their pens amid threats from forces of law and order.

37 years in power and at a time when the crisis in his country has left more than 2,000 dead and 500,000 forced to flee their homes, Cameroonians expected Biya to make several concessions ;
Announce a rotational presidency between Anglophones and Francophones [francophones have managed the nation’s presidency since 1961], clemency for those arrested in connection to the crisis including separatist leaders, call for ceasefire and a recall of the military from the two English speaking regions of Cameroon.

Note that on August 30, 2017, Biya had ordered the discontinuance of judicial proceedings of some 289 arrested for offences committed during the crisis. Among them Agbor Bala, Fontem Neba and journalist Atia Tilarious were freed and this brought some calm to the crisis. At a time when dialogue is needed, such a move would have been the ice on many hearts but Biya ignored this.

For the first time, he condoled with families affected by the Anglophone crisis and assured them of state support.

Biya was criticised for sending condolence messages to his United States counterpart, Donald Trump over the deadly shooting in Las Vegas and to president Cyril Ramaphosa over the human and material loss sustained in the South African heavy flood which claimed more than 60 lives. Critics said it was heartless to send condolence messages outside when his home was “burning” and no word had been said about it.

The call for a national inclusive dialogue

“That is why I have decided to convene, from the end of this month, a major national dialogue that will, in line with our Constitution, enable us to seek ways and means of meeting the high aspirations of the people of the North-West and South-West Regions, but also of all the other components of our Nation.

The dialogue in question will mainly concern the situation in the North-West and South-West Regions. Since it will focus on issues of national interest such as national unity, national integration and living together, it is obvious that it will not concern only the population of these two regions.

The dialogue will therefore rally all the sons and daughters of our beloved and beautiful country, Cameroon, to reflect on values that are dear to us, namely: peace, security, national unity and progress” – Paul Biya said.

This has been received with mixed feelings. Critics say the Biya government should have made a first step by demilitarising the English regions and calling for a cease fire .

To further show commitment to peace, his government should have granted freedom to detained Anglophone leaders and other persons currently in the Kondengui dungeon and other prisons under harsh conditions .

“No Presidential clemency for separatist leaders, instead, the president holds firmly that the respect of the rule of law and the fight against impunity are pillars in consolidating a nation ruled by the law and not anarchy.

By implication, he thinks granting clemency will in other words mean accepting to kidnappings, burnings, maiming, murder and all sort, which he refers to as “criminal activities committed by those recently sentenced by the military court” – a critic analyzed.

“Biya’s call for dialogue is not genuine” – Ambazonian leaders respond

In response, ring leaders of the Ambazonian movement under the Southern Cameroons Liberation Movements have asked President Paul Biya to immediately pull out his military & administration from their homeland.

They say the president’s rare outing, Tuesday September 10, 2019 was a calculated plan by the regime and its sponsors.

“We urge the international community to order Mr. Biya, his sponsors, and occupation forces to stop playing games with the lives of millions of Southern Cameroonians.

As with the Soviet Union and the confederacy of Senegal and The Gambia, the failed union Mr. Biya calls the “one, and indivisible Kamerun” was declared dead and buried on the 1st of October 2017 and it will never be resurrected,” – the release signed by ten leaders including the Ambazonian Interim government and other pressure groups said.

They said as the liberators of the people from recolonization, they will “not allow him to use such a circus to lure the international community into slumber in the belief that this heartless tyrant intends, in any genuine way, to address the identity and territorial conflict between the two Cameroons that is at the core of the war”

President Biya who declared war some months ago has now called for an all inclusive dialogue to be achieved this month end and our team is following these updates.

“This is a cause for which we will forever remain faithful and would, proudly, give our own freedom or lives. We remind Mr. Biya that we will not allow him, his regime, his sponsors and his occupation forces in Southern Cameroons to quietly slaughter, rape, maim, assassinate, kill, burn and loot with impunity” – Furious separatist leaders wrote