The SDF solidarity March slated for Saturday October 21 has been banned as seen on the communique below.

This was to be the first ever march to be approved by authority, carried out by the SDF party in Douala.

The authorization which came after about 27 years of SDF’s creation, permitted the Littoral SDF to organise both a public rally and a public march in the Douala I Municipality.

The authorisation was issued on October 12 by the new DO of Douala I, Jean Marie Tchakui.

The  march was aimed at manifesting solidarity with the population of the Northwest and Southwest Regions in the face of the Anglophone Crisis. 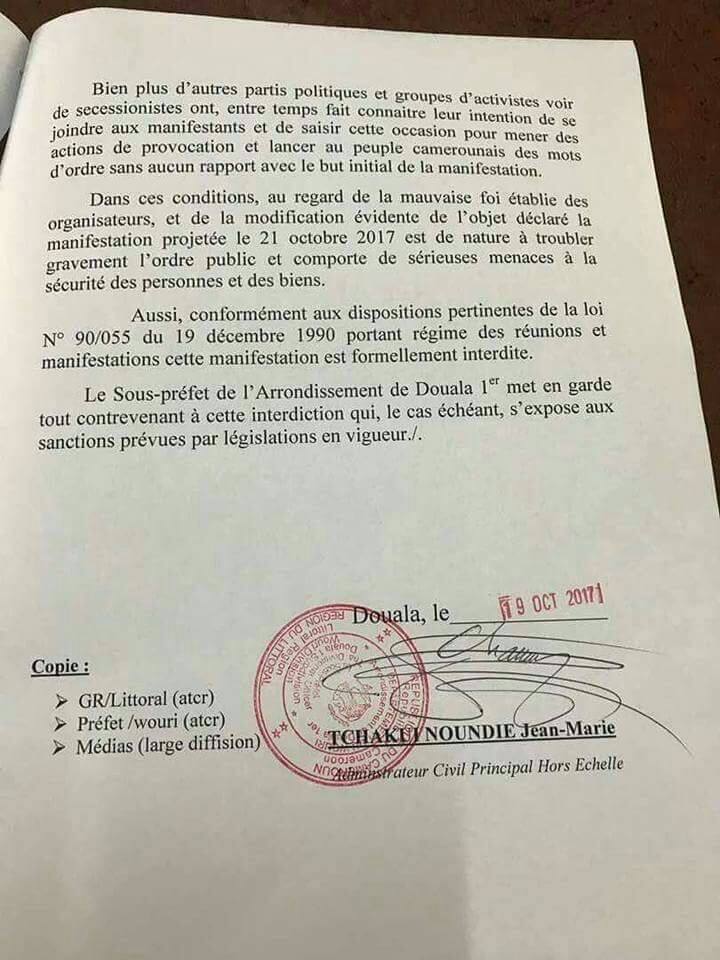 The ban comes months after a similar rally and public march which the Littoral SDF scheduled for Bepanda Quarter a few months ago was also banned (on March 4).

The DO like other administrators claimed that the march posed a threat to public peace and order in his municipality.
Hon. Nintcheu who has been the Littoral SDF Chairman for over 10 years had congratulated the DO for having mustered the courage to issue an authorisation to the SDF to organise the October 21 public march.
.