Who Leads The “Coup” In Zimbabwe? – US and UK Embassies Temporarily Shut Down, National TV Under Military Siege 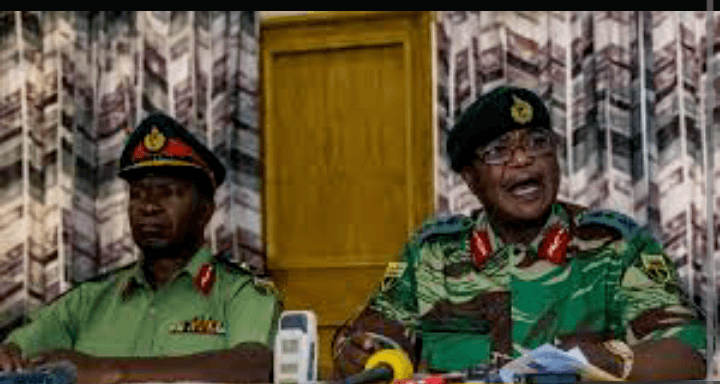 Zimbabwe’s military has reportedly taken over the state broadcaster, the ZBC. According to the BBC, the army says it is not a coup and that they were out to target criminals.
Gunshots were reportedly heard in the Northern suburbs where top government officials including the President, Robert Mugabe lives.

Armoured vehicles were also seen taking up position in the capital, Harare.

In the light of these tensions, the United States of America and the United kingdom have both shut down their embassies temporarily.

The army says citizens should not be bothered.

It is worth noting that Mr Mugabe sacked Vice-President Emmerson Mnangagwa last week.

At the moment of this report, our correspondent observed that the outside world is still confused as no one can clearly figure out who is leading the forces.

ARREYB News Reports would obviously bring you minute updates of the situation. Stay with us !!!