“We Will Resist Till The Last Man Standing,” Sisiku Ayuk Tabe, Ambazonia Leader 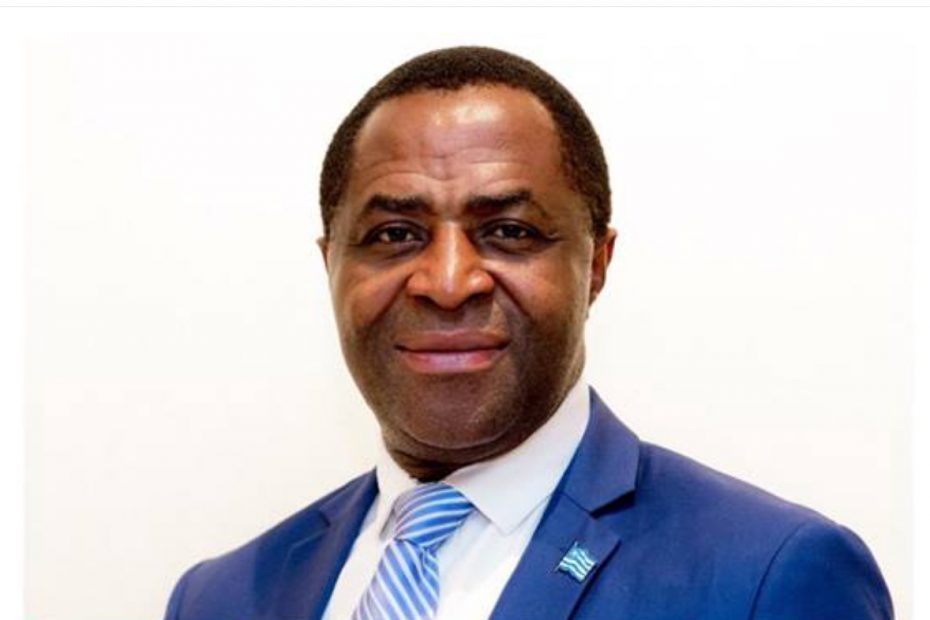 According to Ayuk Tabe, they will fight till the last man standing to free Southern Cameroonians and establish the state of Ambazonia.

“Let me remind you that there have already been calls for a ceasefire, including last year, but Paul Biya does not respect them,” Ayuk Tabe said

How do you feel after three years and two months in prison?

Imprisonment is never a good thing, regardless of your conditions of detention. We were sentenced, in Cameroon, after being kidnapped on January 5, 2018, in Abuja, when we were at the Nera Hotel, we were refugees and we had applied for asylum in Nigeria.

We were taken to Cameroon in total violation of all national and international laws and conventions. In fact, in March 2019, the Abuja High Court ruled that we should be sent back to Nigeria, released, and compensated. We have not given up: our quest for a free and independent Ambazonia is beyond us and if [this detention] is the price to pay, we will pay it.

Are you treated well?

Like all Ambazonians incarcerated in various prisons in Cameroon, we are subjected to serious psychological trauma and, sometimes, to inhuman conditions of detention. When we are sick and hospitalized, we are chained to hospital beds. It happened to lawyer Shufai Blaise Berinyuy and, above all, to brother Thomas Tangem, who died handcuffed to a hospital bed. In short, our living conditions are deplorable.

The Yaoundé military court sentenced you to life in prison. How did the trial go?

It was unfair and unfair. A simulacrum. The court initiated criminal proceedings and delivered its verdict without allowing us to have legal assistance or even to be heard. The judges ruled based on the evidence admitted in court without any respect for procedures and laws. One of the accused became uneasy during the hearing, and the court still pursued her while he was lying on a bench. There were so many irregularities that only our lawyers could detail them all for you!

Yes, in accordance with the procedures. On September 17, 2020, the Court of Appeal, in the same way as the first court, continued the proceedings in French before us, without translators. She refused us and our lawyers an opportunity to speak and delivered her judgment within twenty minutes of the hearing, confirming the decision of the Yaoundé Military Court. We then appealed to the Supreme Court, as required by Cameroonian laws. But, as of today, we have no news. This is not surprising. We did not expect to obtain justice on an international issue before a national court.

The Cameroonian government believes that the secessionists have been totally defeated. Is that the case?

This is not the first time that we have heard such remarks, which are far removed from reality. We all know the Cameroonian authorities’ report to the truth… Remember their denials regarding the Ngarbuh massacre! [In the Northwest and Southwest] war has been raging for four years now, and the world is watching in silence. We regret that the international community does not keep its commitments, just as we deplore the loss of human life. But, as long as the Cameroonian soldiers occupy our territory, we will resist.

Let me add that we are not secessionists. The secessionists are those who govern Cameroon! Those who want to assimilate a nation that joined them in a referendum on October 1, 1961, which is what we call the international community, and in particular the UN, to restore legality and historical truth in our relations with the Republic of Cameroon. The government has often maintained that it has no interlocutors with whom to negotiate a return to peace.

What do you answer him?

If [President] Paul Biya claims that our cause does not have a serious leader and that he does not know who to talk to, then why have we been kidnapped in Nigeria? These 3 statements aim to buy time while the Cameroonian army tries This is a mistake because the Ambazonians will resist until the last man, standing, even if they want peace above all else. to impose itself on the ground.

Remember: in 1958 the Southern Cameroons [West Cameroons] held democratic elections and a peaceful transfer of power took place. We have always cherished democratic values. However, there can be no peace without justice.

The secessionists are divided into rival factions …

So what? It is not for the Cameroonian government to decide who to talk to. The Ambazonians are ready to start talks and they will choose their representatives themselves. No one will decide for them. But, before any discussion, we ask Paul Biya to withdraw his army from our streets, to release all political prisoners, to grant a general amnesty to members of the diaspora, and to accept international mediation, in a neutral place. If these prerequisites are met, then Ambazonians will be ready to dialogue. Otherwise, Paul Biya will monologue without us.

According to our sources, you have started negotiations with certain high authorities in Cameroon. Can you confirm that for us?

Strictly speaking, we have not conducted negotiations with the Republic of Cameroon. It is also not in our interest to speak directly to Paul Biya. However, I recognize that we have had contacts with some of his emissaries, to whom we have clearly expressed our preconditions for the formal opening of a dialogue. If the negotiations have not yet started, it is because our demands have not been met. UN Security Council resolution 2565 calls for a ceasefire.

Would you be prepared to speak out against the violence and call for a truce?

Let me remind you that there have already been calls for a ceasefire, including last year, but Paul Biya does not respect them. Note also that there was never any question for Ambazonia to oppose the Cameroonian government by violence.

We only defended ourselves against an occupying army. The proof is that there was no act of violence in the French-speaking part of Cameroon. We have never led an offensive outside our territory. As soon as Paul Biya has declared a cease-fire and that he has committed to the four points that I have listed for you, we assure you that the violence will stop. The United States Senate calls on Yaoundé to open an authentic dialogue open to all. The Cameroonian government, for its part, recalls that it has already organized a major national dialogue in 2019.

What do you think of the recommendations that were made at the time?

This so-called “Great Dialogue” was nothing more than a meeting of Paul Biya’s friends. They are the ones who approved the agenda dictated by the ruling party. It was a masquerade and a monologue and, for us, a non-event. A waste of time and money.4 You asked the UN to open an investigation in Anglophone Cameroon.

Why is this necessary?

As we speak, several reports claim that over 32,500 civilians have been killed. More than 1 million children are out of school, more than 550 villages have been razed and more than 3,000 people are in prison. Hundreds of our women and girls have been raped, thousands of our loved ones are missing. The Norwegian Refugees Commission has declared, two years in a row, that it is the least publicized crisis in the world, which is obviously linked to the fact that the Cameroonian government is preventing independent investigators from coming on the ground. A mission mandated by the UN is therefore absolutely necessary to reveal the gravity of the atrocities committed.