(Video)The August 21, 2017 Solar Eclipse Across the US and Significance. See President Trump And First Lady, Melania Trump Stare From Balcony 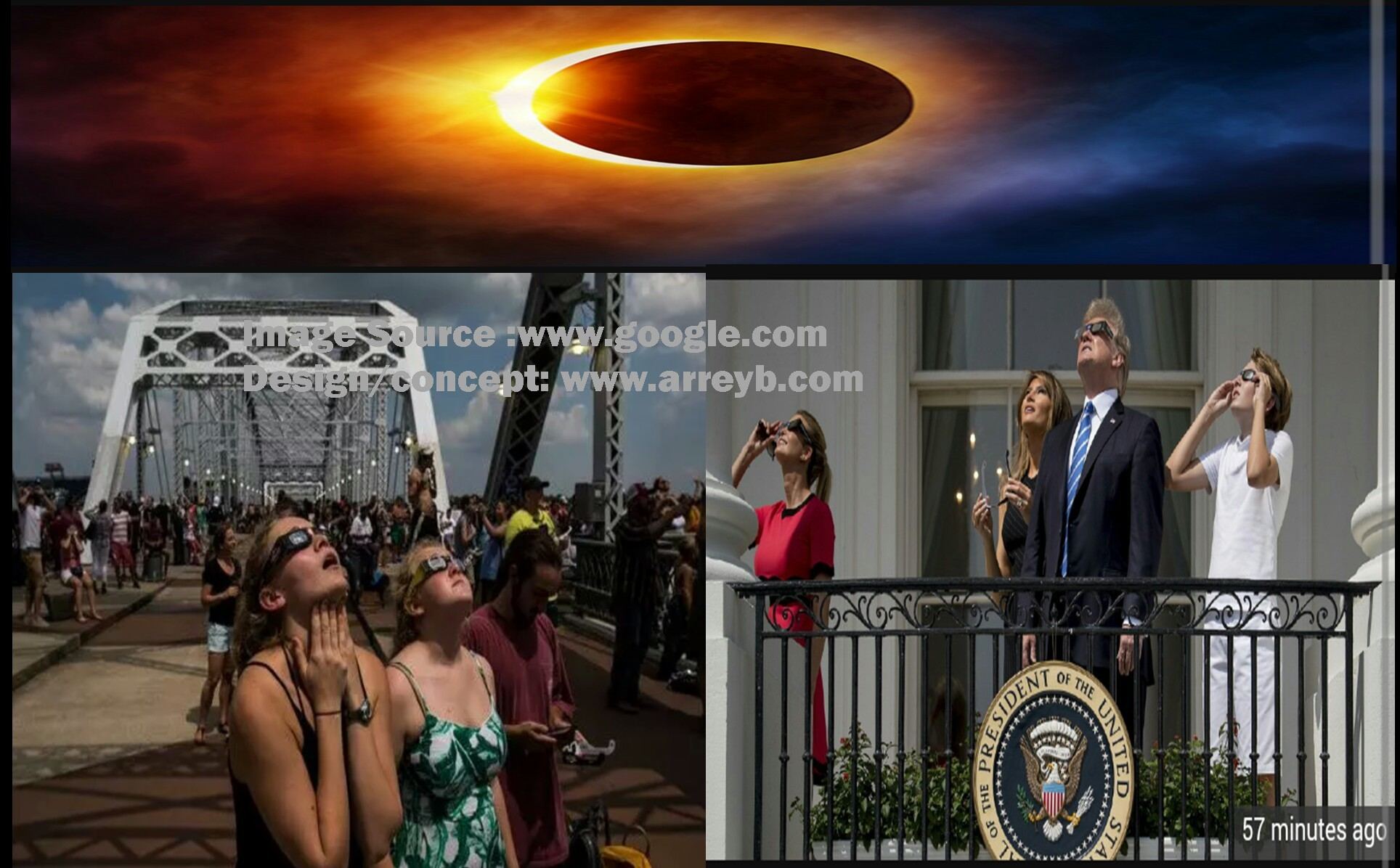 August 21, 2017, a total solar eclipse made contact in Oregon just after 1:15p.m. Eastern time on Monday, darkening skies as the moon obscured the sun and cast a long shadow across Earth. It concluded its path just before 3pm. in South Carolina, where clouds obscured the moment of totality.

In Washington, D.C., where the sun was about 80 percent obscured, President Trump and the first lady, Melania Trump, took in the partial eclipse from the balcony overlooking the White Houses South Lawn.

Scientists are hoping their studies of this eclipse will lead to important discoveries about the suns mysterious corona, which burns more than a million degrees hotter than the suns surface.

Jay Pasachoff, one of the worlds leading eclipse astronomers, was grinning and walking through the crowd hugging everybody after witnessing his 34th eclipse

Eclipses happen about once every 18 months. But because Earth’s surface is covered mostly by water, they tend to occur over remote locations that are difficult for scientists to reach with advanced equipment for observation.
For most American scientists it is perhaps the most accessible total solar eclipse since the last one to touch the lower 48 states in 1979. And in those 38 years, their equipment and ability to study the phenomena have greatly improved.