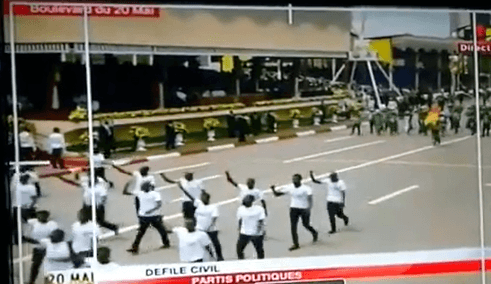 Plenty people whe be watch am even for  national station (CRTV) dem tok say the people di try for show how dem no glad with thing whe di happen for North West and South West regions.

While plenty people for the French side dem be glad for march for 20th May whe na national day for Cameroon, plenty other_one_them for English side dem remain inside house because them d fear die with all thier heart.

Some lock door, even church them no go, say better make die catch them inside house.

Dem say dem no want make anything whe gun go pass for thier head or touch even thier pikin them. Others dem say them no glad no small as things di pass for that side.

.
.
.
Thanks for reading. Join thousands who read and trust ARREYB News Reports DAILY.