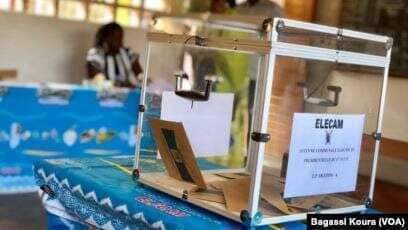 Ahead of the February 9 municipal and legislative elections, the SDF opposition party is setting up an #AFB (ANTI FRAUD BRIGADE) as a way to check the electoral fraud.

In a recent report, the CPDM has been accused of offering financial compensation to voters between 2 000frs or 5 000frs per person. To get the money, you have to present the ballots of the opponents (opposition party), proof that these ballots were not inserted in the ballot box.

It started with a report of an SDF activist threatened with expulsion from his neighborhood.

“We have been told that the CPDM in Douala 2 has ordered neighborhood leaders to proceed to a census and the identification of the inhabitants” said Robert Wafo and Solomon Njamen, SDF candidates for municipal and legislative posts respectively.

The SDF said the brigade will prevent electoral fraud in all forms. “Woe to those who want to venture to steal the votes of the SDF, they will meet #AFB ” Wafo said.

#AFB will be looking forward to ensuring the smooth running of the twin ballot on February 09, with the aim of preventing “fraud”.

Despite the tensions in the English speaking regions of Cameroon, the President has insisted on the organisation of the twin elections. To plan against separatists, 700 military men have been deployed to the regions as the poll draws closer.

Ambazonia fighters have also sent alarming warnings through several videos about the looming danger of voting on February 9, 2020.