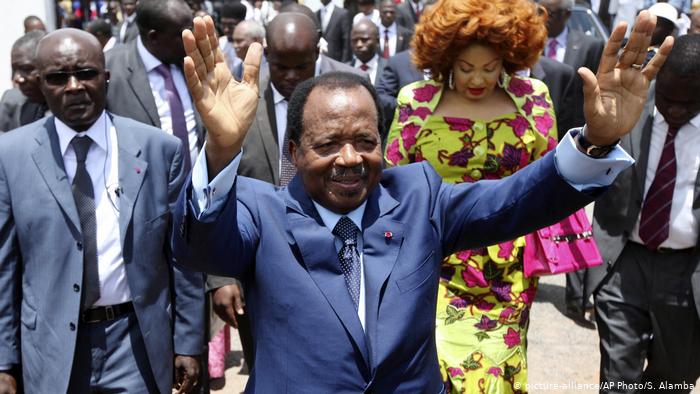 When supporters and party members of the ruling party CPMD gathered at the Nsimalen airport, they were singing and dancing as the awaited the arrival of the presidential couple

But the presidential couple did not show up. Later on, a press release from the CPDM head of central committee said the president’s trip had been postponed.

President Paul Biya and wife left Yaounde on Sunday July 11 for a private stay in Switzerland. It was the first time the president was leaving the country since two years.

Critics have also frowned at the mobilisation to people and large crowds to welcome Biya. They note that the government banned opposition party MRC’s peaceful protest saying a large crowd could forster the spread of covid-19

Biya’s new date for arrival in Cameroon is yet to be announced.