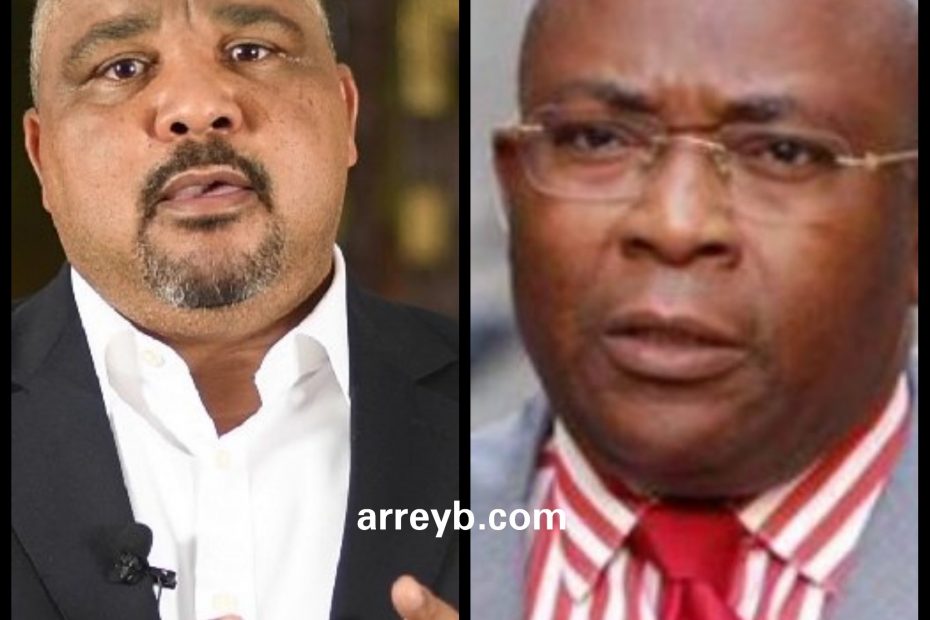 Hours after Joshua Osih–first vice president of the Social Democratic Party (SDF)–joined 61 other CPDM members of parliament in signing a letter to US Congress, Hon Jean Michel Nintcheu has fired back calling it a ‘Charcoal Initiative’ and expressing shock that Osih joined in the signing

To quickly understand and contextualise the fire back, the petition to the Congressmen was based on the US Congress acceptance that ‘safety and security in Cameroon was not guaranteed as a result of the unrest in the country’s Anglophone regions of the Northwest and Southwest’

So early last month, US Congressmen noted that the humanitarian crisis in Cameroon brought about by the Anglophone crisis did not permit for a repatriation of some Cameroonian nationals who were victims of former President Trump’s immigration policies in the U.S

But according to the Cameroonian MPs in the letter, the petition of the US Congress based on the aforementioned reasons is a move to tarnish the image of Cameroon. They say Cameroon is peaceful

In the opening lines of the letter, the signatories assert that “We the representatives of the people of Cameroon…”, a phrase that continues to trigger questions from critics, mostly anglophones who have been asking, “which people?”

Hon. Jean Nintcheu’s fireback to Joshua Osih was in an open letter which we have published below in a loose English translation

“I am shocked and surprised by this dark initiative which will only add fire to a crisis which has festered for too long in the North West and South West Regions.
Its surprising because this petition comes long after the SDF, since 2016, through Hon. Joseph Wirba’s voice on the rostrum of the National Assembly, had drawn local and international attention to the Anglophone Problem, after which SDF parliamentarians severally tried in vain to inscribe the Anglophone issue on the agenda of successive parliamentary sessions.

I cannot hide my consternation at this move by some parliamentarians signatory to the petition, who only seem to bother about their personal, egoistic and egocentric interests at the expense of the people of the North West and South West. Till date, the National Assembly has never debated this issue in a plenary session, neither has it been inscribed on the list of issues to be discussed at any time. SDF parliamentarians even blocked a whole session in November 2017 to force a discussion of the issue.

I am shocked that those who have always opposed the discussion of the conflict in parliament should sign such a petition without a proper discussion and resolution during a plenary session of the National Assembly.

It is delusional for parliamentarians to sign such an empty petition between two parliamentary sessions, worst of all, two weeks before the resumption of the March session.

The Executive Committee of the SDF has adopted several resolutions calling for the an inclusive political dialogue which will bring the different protagonists in the conflict to seek a peaceful solution. Its representatives in parliament have often made this position clear. It is incoherent and even paradoxical to call for dialogue and request at the same time that some protagonists be extradited. As a parliamentarian of this country, and in the absence of a debate on this issue, I call on the government to find a rapid and peaceful solution to this protracted conflict. Requesting the extradition of our compatriots living in the United States will not resolve this conflict which requires political and not military solutions.

This pious and caricaturized petition initiated and signed by proponents of the use of force is a catalogue of vain slogans given the context of the crisis. Members of the US congress have already spoken on the Anglophone question. They have asked President Joe Biden to consider international humanitarian conventions in any issue related to Cameroon especially as it concerns the Anglophone crisis. If Cameroonians who have been forced into the world because their political opinions are soliciting protection from their host country government and are asking for asylum from their host country, let them have it. The bad treatment and ferocious repression they face every time they hold divergent opinions are the cause. Several SDF militants and those of the opposition in general have in the past, enjoyed the protection of their host country because they were regularly imprisoned because of peaceful public demonstrations. Actually about 150 persons in Cameroon are being detained because they expressed their opinion.

Every assistance, wherever it comes from, that will bring Yaounde to pursue a peaceful political path to resolving this conflict is welcome”.