The Truth About Atanga Nji, 4 Others Barred From Leaving Cameroon - ARREYB

The Truth About Atanga Nji, 4 Others Barred From Leaving Cameroon 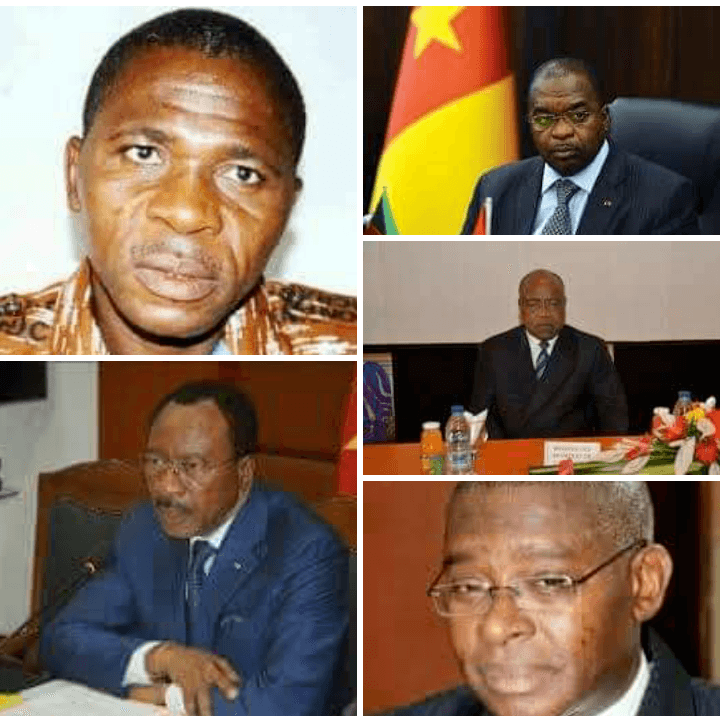 Social media ran wild when news broke out that Minister Paul Atanga Nji, Minister of territorial administration and four others have been barred from leaving Cameroon.

French paper Info Matin has in a recent publication carried the story on front-page.

The paper asserts that five Cameroonian ministers have been barred from leaving the country in social media allegations; that their passports have been confiscated, prominently Paul Atanga Nji. 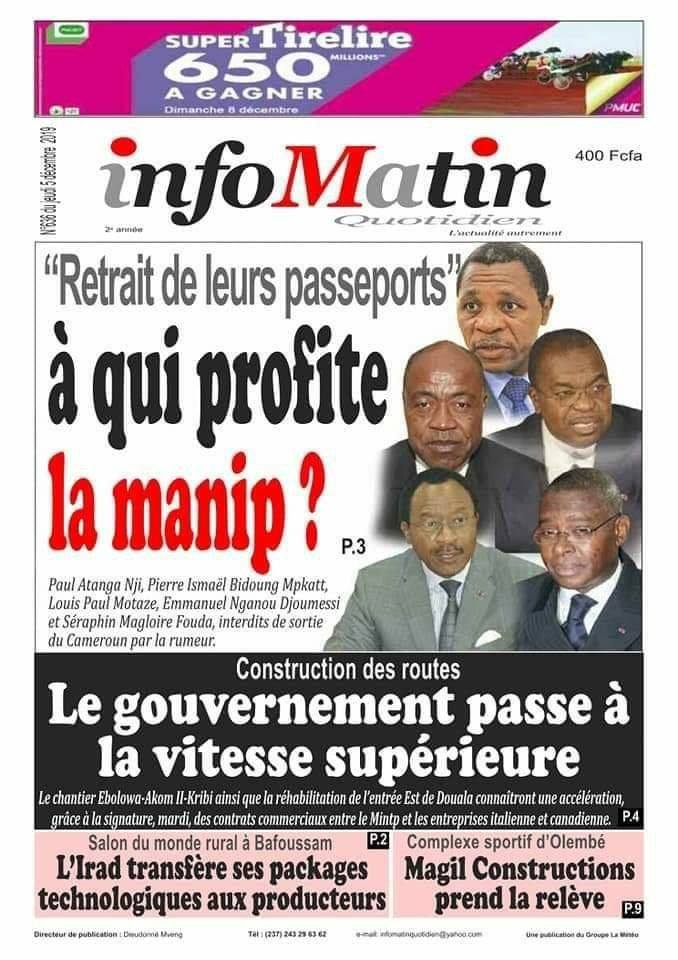 Info Martin on Atanga Nji, 4 Others Barred From Leaving Cameroon

Not a popular figure before the time, Atanga Nji came to prominence at the wake of the Cameroon Anglophone crisis. His stance and utterances, notably his continuous denial of the existence of an Anglophone problem brought him to lamplight in Cameroon politics.

A staunch and fervent ally of Paul Biya over the decades, Paul Atanga Nji was handed the herculean task of managing a ministry that has been at the heart of the storm in the past years – the Ministry of Territorial Administration with ten governors, 58 Senior Divisional Officers, 360 Divisional Officers, under his control.

He was first made permanent Secretary at the national security council, then Minister at the Presidency in charge of special duties and later thrown into the big ring.

Accompanying the Head of State at most important summits and meetings out of the country, the 58-year old built a strong bond with his namesake which has lead many to describe him as Paul Biya’s secret eyes.

It was even rumoured that he had a strong influence in the arrest and extradition of the separatist leaders who now serve a life sentence in the Kondengui Prison. That Atanga Nji in his capacity at the national security council had strong relations with top Nigerian Generals.

On several occasions he has been accused by secessionists for masterminding acts which they term “government propaganda” to ruin the Anglophone struggle and fight for an independent ambazonia.

This publication by news website hurinews accused the Minister of running and funding his own troop of fake ambazonia fighters whose job is counter activities of secessionists.

When the Bafoussam landslide occurred, Political critic and member of the Cameroon diaspora, Paddy Asanga questioned the job description of Atanga Nji and said he was running away from his crimes.

“He is not relevant to some of us, he is a politician trying to escape from his crimes” – Paddy echoed in an interview granted to Equinoxe television.

Suggested : “Atanga Nji Is Running Away From His Crimes” – Paddy Asanga

Considered as a strongman to Biya and one of the pivots of the Anglophone crisis, news of the ban went viral and critics say this may be the fall of another Olympus.

The government is yet to issue an official statement but Biya’s regime has been unpredictable over years. His government has silenced and imprisoned ex ministers and government officials who were considered his closest administrative strong men.