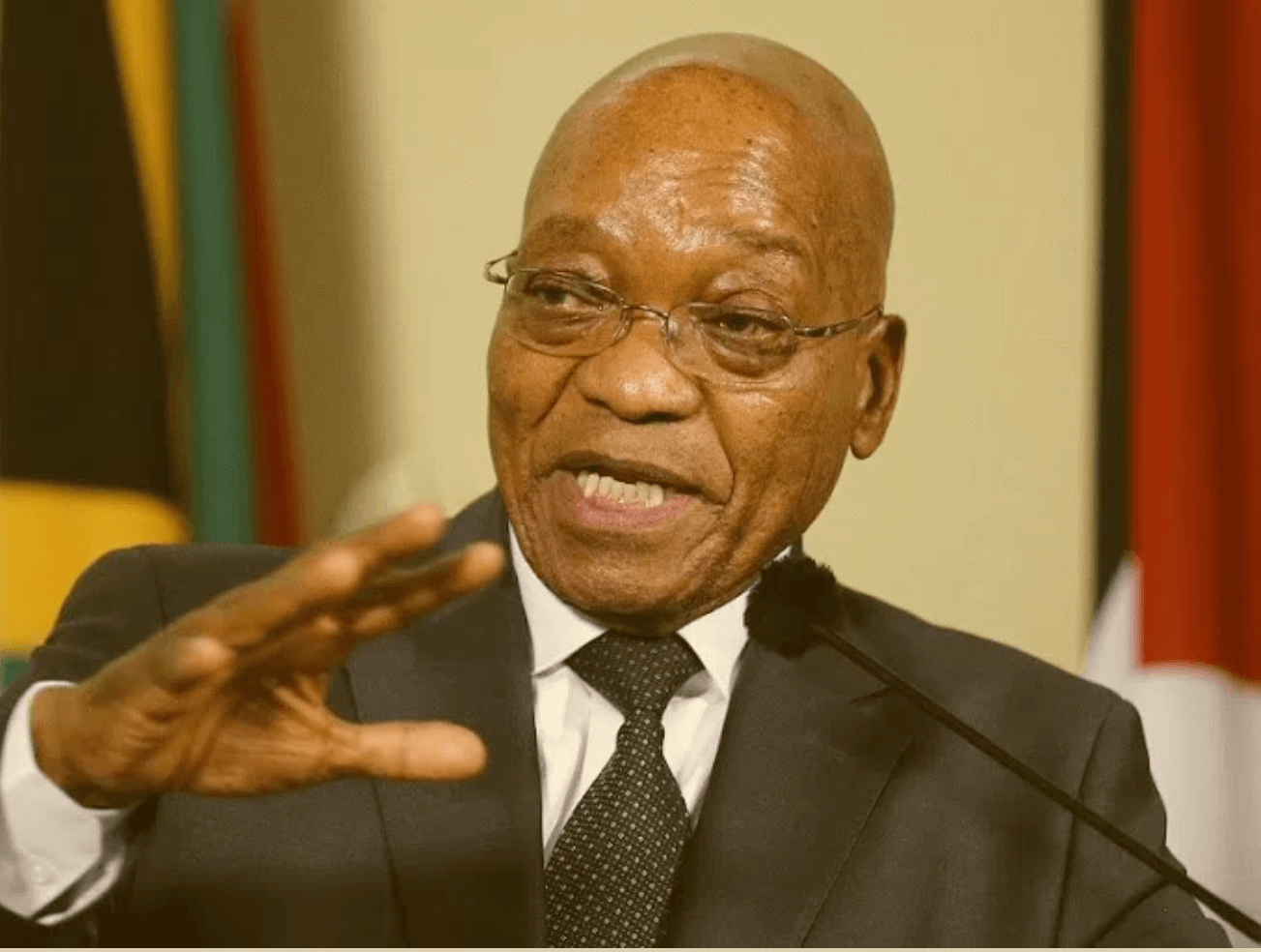 In a televised address to the South African nation, president Jacob Zuma has tendered his resignation.

President Zuma according to reports had been threatened by his party to step down or face a vote of no confidence in the upcoming parliemantary session.

He however acted in respond by stepping down from duty.

Popular openion suggested his deputy, Cyril Ramaphosa was a perfect match for his replacement.

Ramaphosa now heads the ANC party while Zuma assumes his retirement. Meanwhile, his government has been criticised for corruption.

Zuma’s resignation as painted by BBC

He began his resignation speech by laughing and joking with members of the press, asking them why they looked so serious.

After paying tribute to those whom he had worked with over the years, Mr Zuma said that violence and division within the ANC had influenced his decision to step down.

“No life should be lost in my name and also the ANC should never be divided in my name. I have therefore come to the decision to resign as president of the republic with immediate effect,” he said. ”

Even though I disagree with the decision of the leadership of my organisation, I have always been a disciplined member of the ANC. “As I leave I will continue to serve the people of South Africa as well as the ANC, the organisation I have served… all of my life.”

It was a weary Jacob Zuma who appeared before the cameras to say goodbye.

He admitted that he’d made mistakes – that he wasn’t perfect – adding, none of us are.

A grumbling defiance flickered through much of his speech. Mr Zuma said all he had asked of his beloved party was a few more months to hand over power, and for someone to explain what he’d done wrong.

As for the threat of impeachment or a vote of no confidence – he said those didn’t scare him.

Mr Zuma seemed oddly preoccupied and offended by the suggestion that he might be worried about losing the perks of the job. Not true.

Finally, he announced he was resigning with immediate effect – even, he couldn’t help adding, if he still disagreed with the ANC’s decision.

Deputy secretary general Jessie Duarte told reporters: “President Zuma remains a principled member of the ANC. The ANC wants to salute the outstanding contribution he has made.”

Mr Zuma, a former member of the ANC’s military wing in the days of apartheid, rose through the ranks of the party to become president.

He led the country for more than a third of its time after apartheid. But he leaves office with several scandals hanging over him, and with South Africa’s economy in dire straits.

ARREYB News Reports is Cameroon’s leading news site with over 50,000 monthly readers. You too should read us