He found the body day after the Bishop was reported missing in the Sanaga River.
Governor Naseri Paul Bea of the Center region has on Thursday handed cash, the sum of two million CFA ($3,545) to the fisherman who found the body and all those involved in the search,Cameroon Web reports.

After several days of search, his body was only found by this fisherman on June 2, about 10 miles away from the bridge. Though postmortem results showed he might have drowned, the Cameroon National Episcopal community refused taking his body until July 17 when it was finally identified and received following a communiqué signed by Mgr. Samuel Kleda, president of the Episcopal body.

The Bishops say they intend to carry the murder case to court and present the issue to a group of lawyers who will fast forward their efforts to bring the assassins of the late Bishop to order. 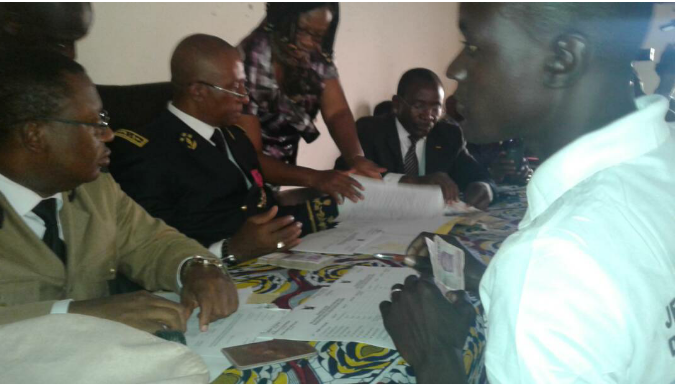 Young Man Dies Trying To Save 3 Babies From House Fire