Plot To Kill ? Ayah Paul Alleges ‘Govt Ploy’ To Eliminate Him, 4 Others In Buea 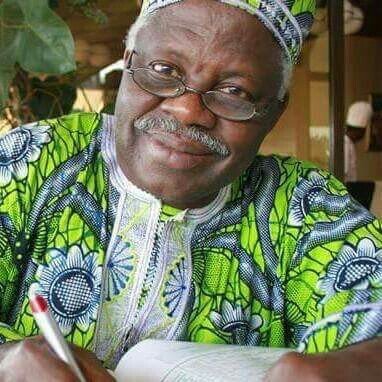 November 18, 2019, Ayah Paul Abine has accused the Cameroon government through some top ranking officials of a ploy to take away his life.

The former sitting judge at the supreme court of Cameroon who resigned from the CPDM and stood for the presidential elections in 2011, said his name has been listed among 5 people to be killed in Buea, capital of the South West region.

“It is common knowledge that government is team work. Not so long ago a certain Minister (by extension, the government) drew up a list of five persons to be killed in Buea and its environs. PA Ayah’s name figured in the list prominently.”

“Some days ago, Yaounde informed PA Ayah that it had pleased the Yaounde gods in human form to pay him one-month pension, for the month of October, 2019, out of the thirteen months due and owing. Ayah was then invited to report to the Yaounde Central Treasury for payment at his convenience.

That Was A Spectacular Calculation With Digital Precision!

The facts are that ALL PA Ayah pecuniary transactions with the Ministry of Finance have consistently been through an account he opened with BICIC, Buea, in 1978.

In 2017, that Ministry demanded that Ayah should show proof that the account was current. An attestation issued and was duly served on the Ministry of Finance hand to hand.

Again, it would be recalled that, for years now, it has been the CELEBRATED policy of the Ministry of Finance that any payment by that ministry of above 100.000 francs must be paid only into a bank account – except otherwise on the special authority of the ministry.

How come that PA Ayah’s pension which is above 100.000 francs would not enter Ayah’s account known to and used by the very Ministry of Finance consistently for upwards of 40 years?

How come that PA Ayah constitutes an exception to the NOTORIOUS rule that all payments of amounts above 100.000 must be made exclusively through a bank account?

There is just no reason not to suspect that this is but another macabre plot against PA Ayah!!!

It is common knowledge that government is team work. Not so long ago a certain Minister (by extension, the government) drew up a list of five persons to be killed in Buea and its environs.

PA Ayah’s name figured in the list prominently. After withholding Ayah’s pension, (his savings), unduly for thirteen months and counting, and most probably n the furtherance of their plot, they have now come up with this plot, transforming Ayah’s own money into bait!

Such A Perfect Plan!

PA Ayah would leave his hotel at 4 AM in order to secure a good position in the usual queue before the Yaounde Central Treasury. Anything would be done between the two points!.”

There’s yet to be any formal respond from government to the above accusations .

Ayah Paul, 69, was first arrested on 21 January 2017 in connection with advocating for Cameroon to return to federal system of government as it was in the 1960s.

He was tried at the Yaoundé military tribunal with other Cameroon Anglophone Civil Society Consortium (CACSC) which is now banned and illegal by the government of Cameroon in relation to the civil unrest in the two English speaking regions.

Pa Ayah was released from prison by a presidential decree on the 30th of August, 2017 after spending more than 8 months in detention in Yaounde prison.