Now That Biya Has Freed Kamto, Let's Talk About The End: Kamto Won't Shut Up, He's Vowed To Fight - ARREYB

Now That Biya Has Freed Kamto, Let’s Talk About The End: Kamto Won’t Shut Up, He’s Vowed To Fight 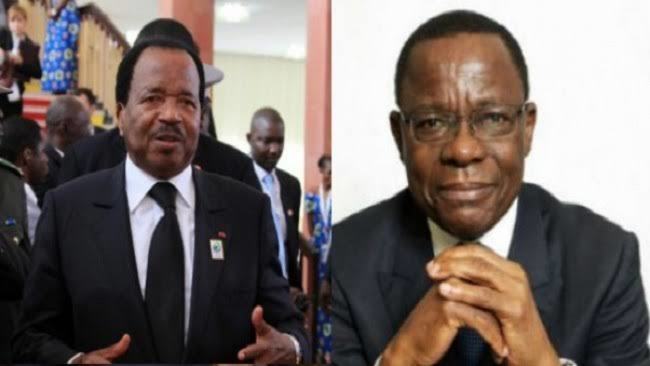 Cameroon’s opposition leader Maurice Kamto has said he won’t shut up on the political struggle he started before he was arrested in January 2019.

Kamto and some 200 people were arrested after opposition marches broke out against the reelection of Cameroon’s veteran leader Paul Biya and a demonstration against embezzlement of funds meant for the hosting of the 2019 African Cup of Nations in Cameroon. These hosting rights was later seized.

He had been mobilising dissent against 85-year-old Biya since losing what he said was a fraudulent election in October.

Biya, who has held power for 36 years, won 71.3 percent of the votes, far ahead of Kamto’s 14.2 percent after his coalition with Akere Muna who was FPD candidate.

The election had a very low turnout in English-speaking regions after more than 200,000 people fled fighting between Anglophone separatists and security forces.

“I told you that I will never betray you . The struggle we are waging is a political struggle and it will be with me in peace …

The great work is the struggle for respect for civil rights and citizens, and the revision of the electoral code, so that you choose the leaders you deserve and I count on you to help me in this fight to the end in peace. ”

“I will not betray you, My freedom unveils a new chapter in our fight” – Maurice Kamto said while addressing hundreds of supporters hours after his release from Kondengui.

He refused to give a word to the press, but addressed his supporters.

He said since the creation of his political party; Cameroon Renaissance Party, his objective has been to bring change in Cameroon.

“Our fight is a political fight, and it must be done in peace”-he said.

Maurice Kamto made it clear that his freedom has unveiled a new chapter in his fight for change, a fight that will continue until change comes through.

Christopher Ndong, Mr Kamto’s lawyer had said in an interview early this year that “government clampdown will not frighten anybody,”

Mr Biya, who came to power in 1982, won a seventh term in office in polls last October marred by low turnout and voter intimidation.

Mr Kamto was his nearest challenger, gaining only 14.2% of the vote.

Across the country, about half of Cameroon’s voting-age population took part in the polls and tens of thousands of people were unable to cast their votes because of insecurity.

Biya’s government has been plagued by arrests of journalists, activists , political and opinion leaders who are vocal against his rule.