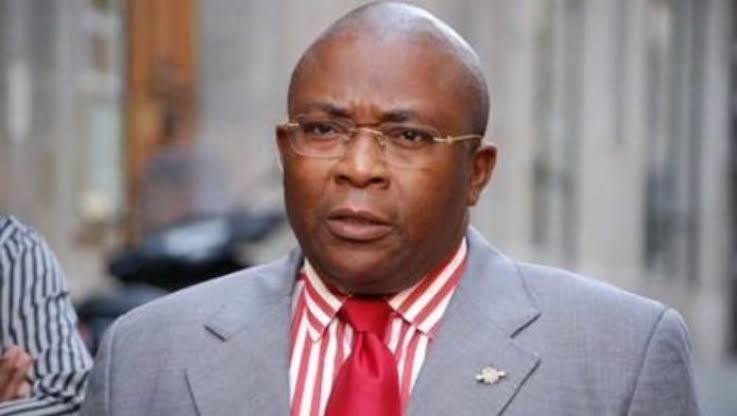 Cameroonian politician and member of the Social Democratic Front, Jean-Michel Nintcheu has said President Biya’s acts including the decision to convene parliamentary elections is adding fuel to a burning fire.

“This decree definitely dropped the mask of the real chief arsonist buried under the bushel.

Mr Biya will be held responsible for the very country explosion that will happen following this paranoid decree…” he wrote.

President Biya has slated the long awaited Municipal and Legislative elections for February 9, 2020.

The elections will see the choosing of 180 parliamentarians and 10626 municipal councilors from 360 municipalities in Cameroon.

Jean-Michel Nintcheu’s reaction came shortly after the president’s declaration of parliamentary elections amidst the present killings and wars in the English speaking regions of the country.

“Mr. Biya is the major actor of secession. This decree brought down the mask of the real chief arsonist buried under the bushel.” Michel Nintcheu said in a post on his Facebook timeline. 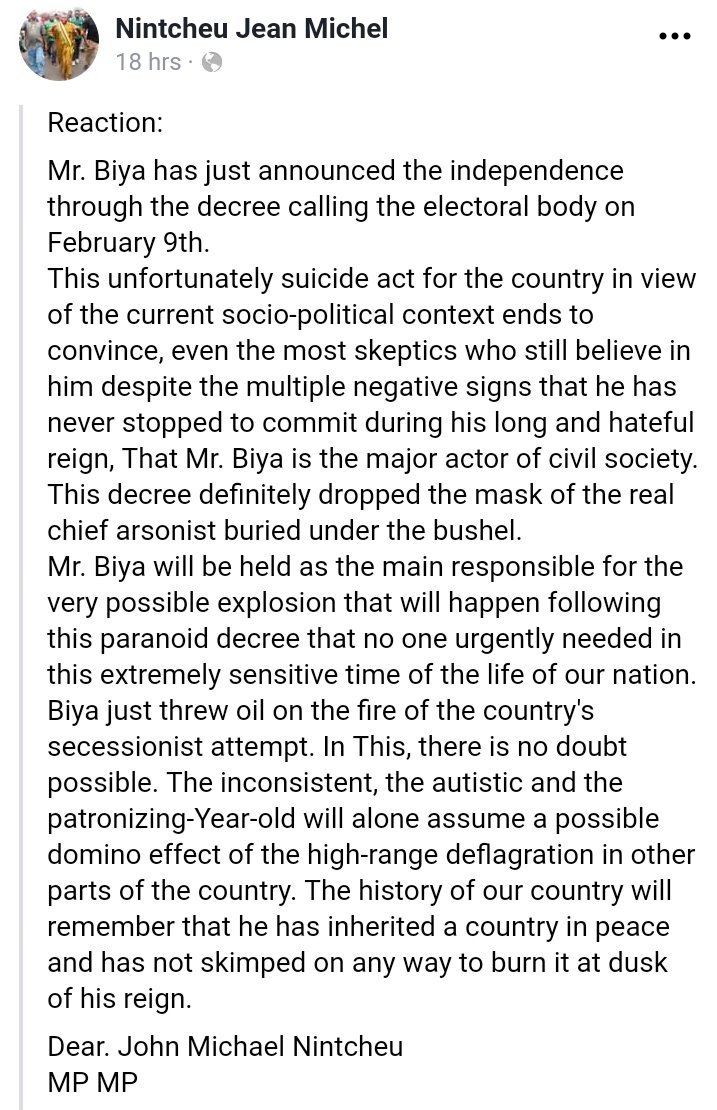 This comes hours after some SDF party members announced their party will boycott the November 2019 plenary session of the National Assembly.

It is still unclear if the party will also participate in the upcoming Parliamentary elections.

In 1992, the SDF boycotted the parliamentary elections for that year.

“President Biya held fraudulent multiparty elections, which he won after a boycott by the Social Democratic Front (SDF), the main opposition party.

The CPDM’s October 1992 and 1997 legislative election wins were even more clearly fraudulent” – Freedom House reported on the election and SDF boycott.