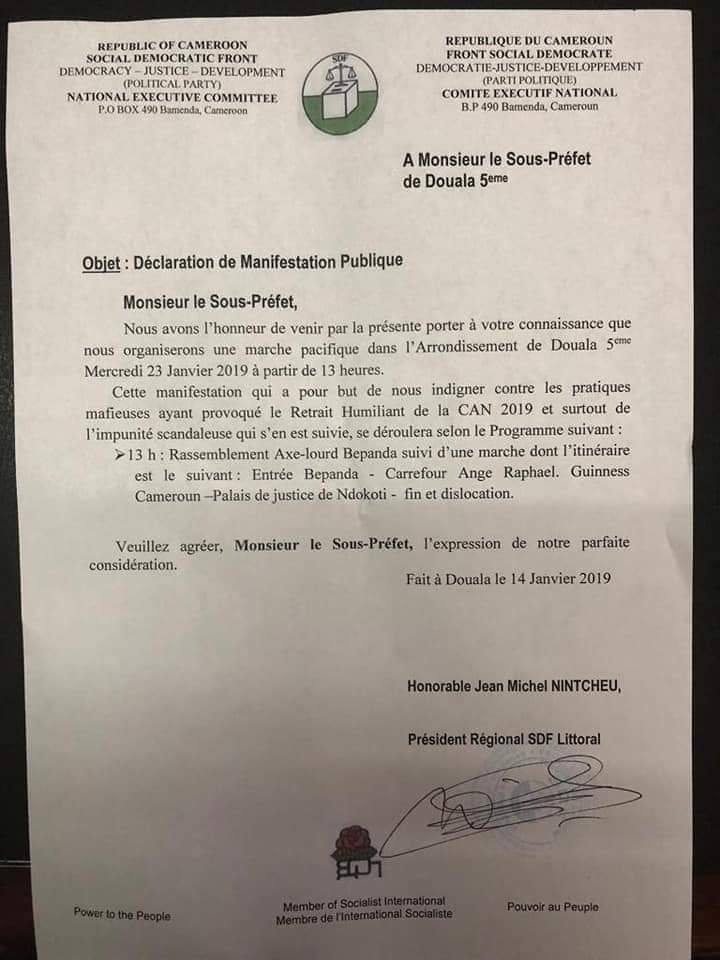 According to Mr Jean, the march is to protest the humiliating withdrawal of Cameroon’s hosting rights to AFCON2019, in which the president has taken little or no interest.

The ARREYB Media National Tour – We’re visiting 6 towns to organise conferences on digital branding, digital Entrepreneurship and how you can grow your brand, career, business or service via social media – register via WhatsApp 679701437

While he may not be granted permission to perform this protest, the SDF political figure has always acted irrespective to bans . 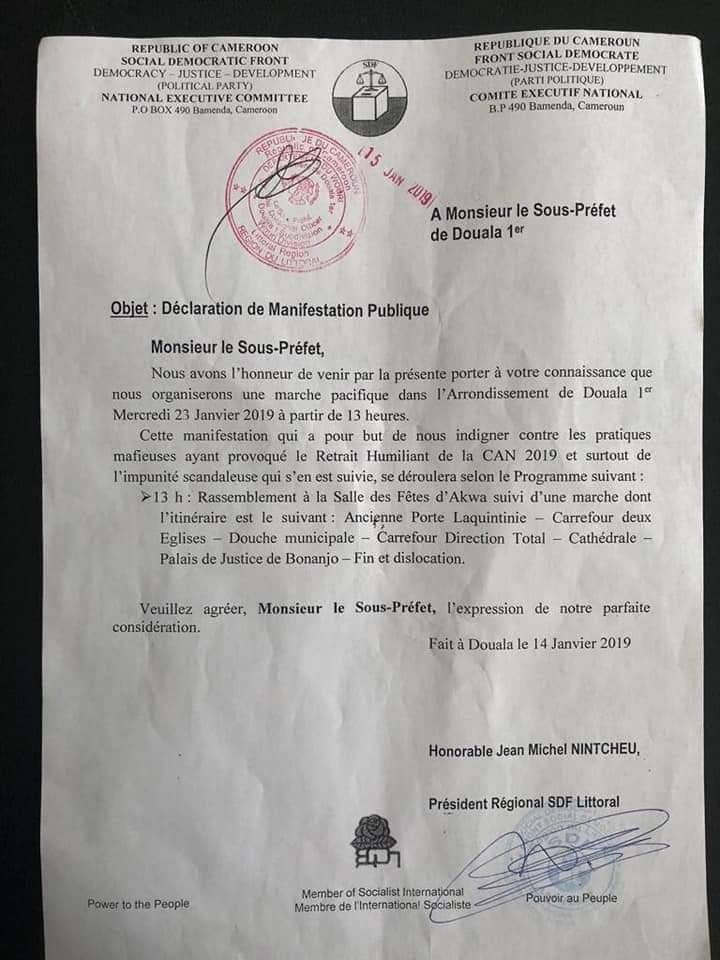 In October 2018, Mr Jean had ignored a ban placed on a planned protest. Barely two hours after the D.O’s communique to ban his protest, Michel Nintcheu told ARREYB reporters on phone that the March must take place whether approved or not.

January 23 is just 7 days to go and hands are crossed to see things unfold.