LIGHT IN THE TUNNEL, AGBOR BALLA AND FONTEM NEBA CAN BE RELEASED - ARREYB 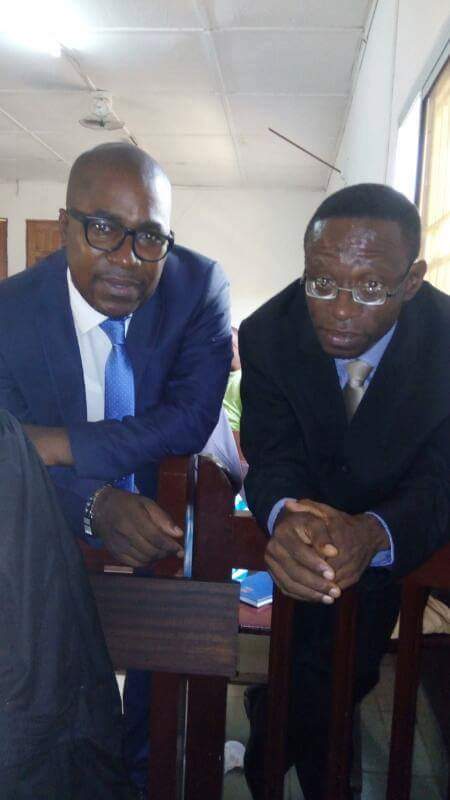 Ayah Ayah, son of Ayah Paul Abine posted few hours ago which might bring a sigh of relief.

“…possible judicial supervision of the accused persons(following their liberation) could be pronounced on or before june 7 2017, as their release from prison appears more and more likely … Meanwhile Ayah and about 15 others still awaiting their fate are currently held at SED “

More to the above, the fact that there was no objection to the Defense Counsel’s request for his clients to be granted bail under judicial supervision gives hope. Media analysts say we can look forward to seeing Agbor Balla and Dr. Fontem Neba out of the horrible Kondengui dungeon.

They might be released under judicial supervision, a process where the two would be under strict judicial control and report regularly to the authorities (maybe every week/month). They can also be placed under a defined geographical location until the issue is well resolved.

Cameroon News Agency sees the possibility of their release based on the fact that both are honorable men. Agbor Balla as a human right activist and lecturer of the University of Buea is also president of the Fako Lawyers Association. He has an intimidating profile with outstanding professional background while Dr. Fontem Neba as Lecturer of the University of Buea has a high rectitude and moral background. Proponents argue that the government cannot talk of effective school resumption when lecturers who are supposed to teach students are imprisoned. All these coupled with a “silent” national reconciliation by the State perceived by appointments and construction projects show that there is a green light for successful talks.