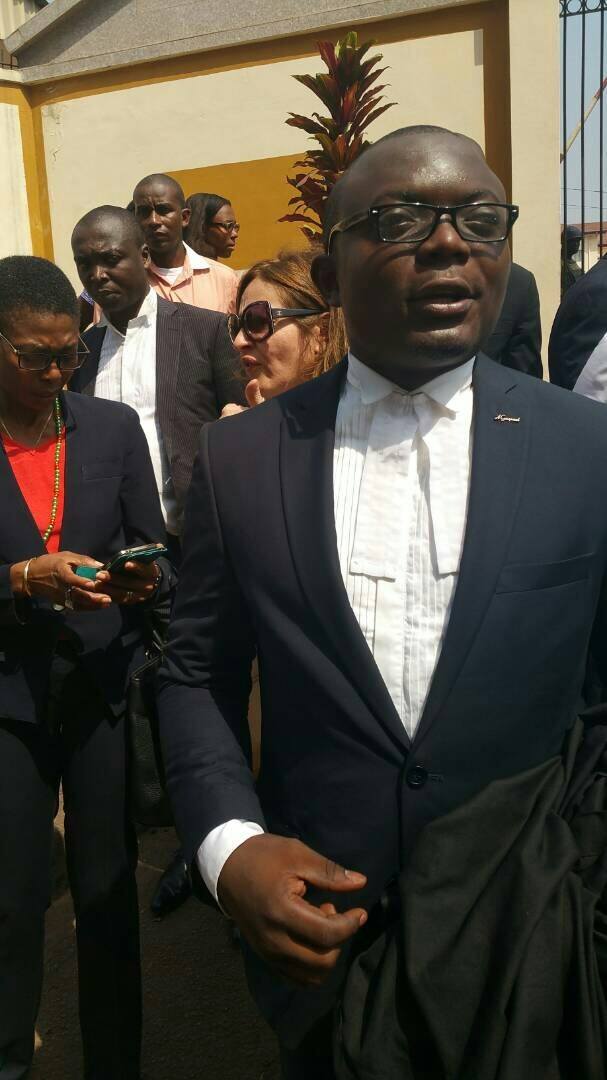 November 9, 2017, members of the Fako Lawyers Association, FAKLA and some 13 applicants dragged the Buea Attorney General, State Counsel and Prison Superintendent to Court on charges of illegal detention following a court order granting bail to the accused.
Led by Barrister Legenju Vitalise, the lawyers say the accused personalities disobeyed the justice system and failed to execute orders of the court which granted their clients “bail by the trial Court of Competent Jurisdiction, after these accused had fulfilled their bail conditions as stipulated in the ruling contained in the executor formula issued by the trial Magistrate to the Attorney General for the Southwest Region, the State Counsel, and the Superintendent of Buea Central Prison for execution”.

This led to the much anticipated hearing for the Habeas Corpus application of the 13 Anglophones arrested on October 1st which took place yesterday, November 28 at the Buea High Court.

Though the applicants were granted bail by the Buea Court of First Instance, the legal department has failed to execute the bail orders, prompting a writ of Habeas Corpus put forward by the supporting lawyers who request immediate release for their clients.

After yesterday’s second hearing at the Buea High Court, ARREYB News Reports spoke to the lead counsel for Buea, Barrister Legenju Vitalise (one time State Counsel) who paints a clear picture of the events surrounding the court case and the way forward.

Excerpts of interview below- Watch :

One of the victims still in detention is 21 year old Etoh Evelyne, a 300 Law Student of the University of Buea.

Evelyne was teargassed and went unconscious at her residence, only to wake up in a police van.

(As ARREYB News Reports obtained firsthand from Barrister Agbor Nkongho, president of FAKLA).These 13 applicants are amongst a number of about 500 persons who have been charged before the Buea Court of First Instance since September 27 on charges ranging from riots, non-possession of National Identity Card, blocking of public highway and violation of Governor’s Order, contrary to sections 230, 232(2) of the Penal Code.

Meanwhile, applicants say their success will reassert confidence in the independence of the Judiciary and put a stop to the actions of some overzealous administrators who see themselves as the alpha and the omega or the Almighty and disregard the judiciary and its decisions/orders with impunity.

They stand for complete freedom and a stop to all arbitrary arrest purported by the military.

As December 5th approaches, hands are crossed as we eagerly anticipate the freedom of those still incarcerated at the prison.

Stay with ARREYB News Reports for updates. Join thousands who read and trust us DAILY !!!!