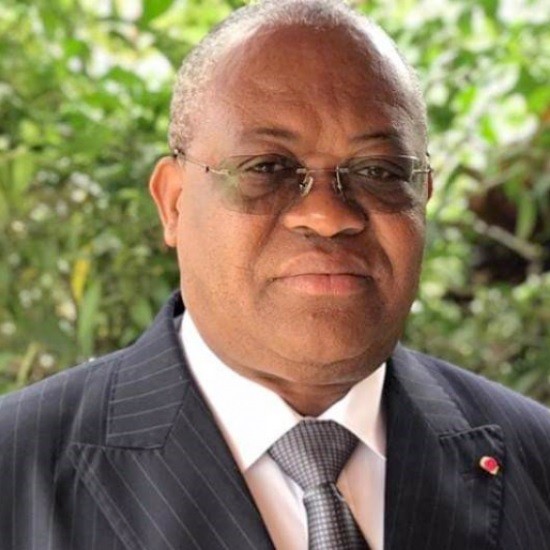 When minister Joseph LE, Cameroon’s minister of Public service and administrative reforms cried foul to Satanism in Cameroon, the Church of Satan asked him to leave them out of his business

“Horrible! Unacceptable ! Intolerable! No words will be strong enough to describe the acts of barbarism and satanism that have just been perpetrated in Kumba.

O God! May your anger and the laws of the Republic fall on these heartless individuals with all rigour!” the minister lamented on twitter, writing 24 hours after the killing of 8 children in a gun attack in Kumba. 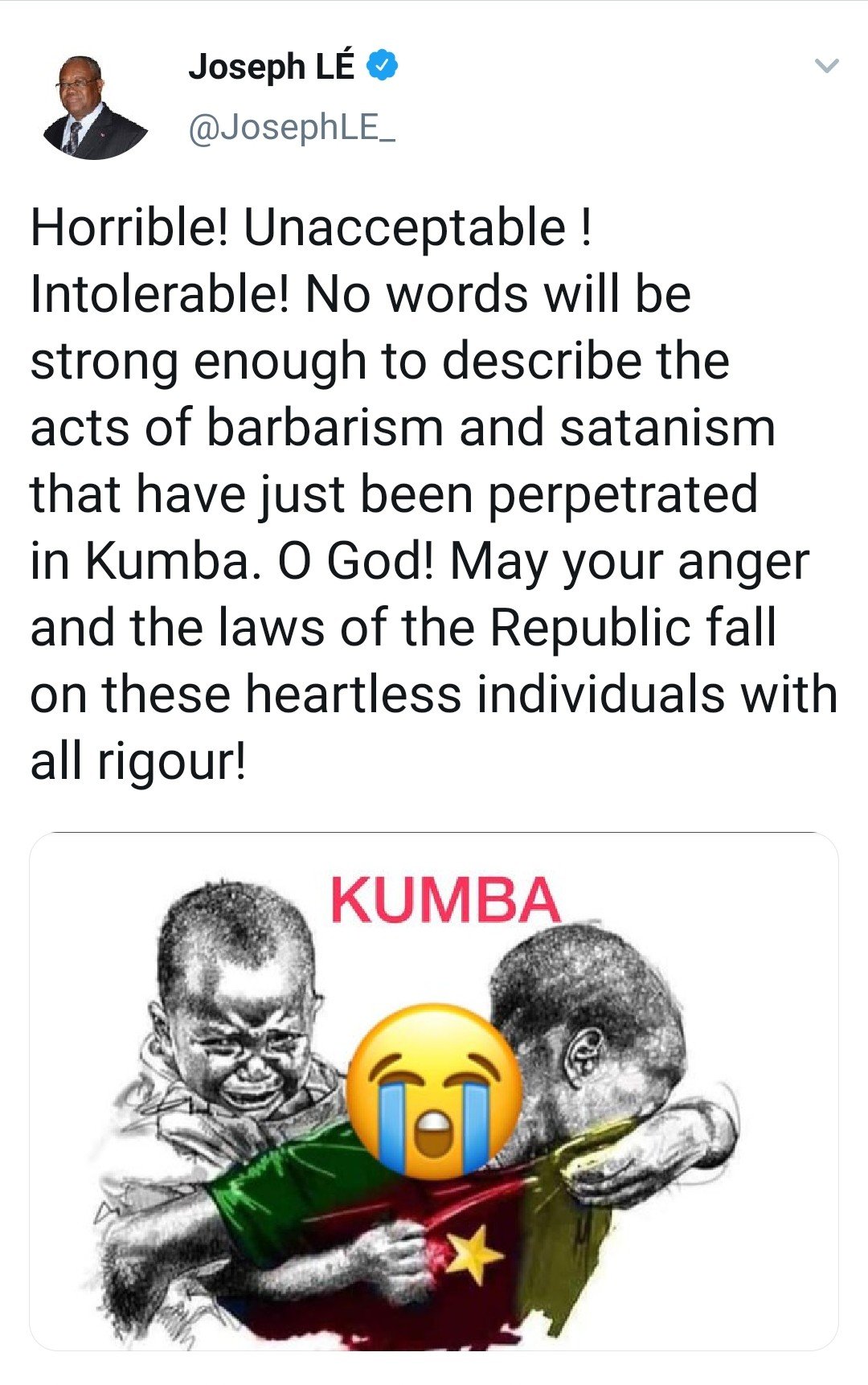 “This has nothing to do with Satanism, please leave us out of it” – was the response from the Church of Satan’s official and verified twitter account 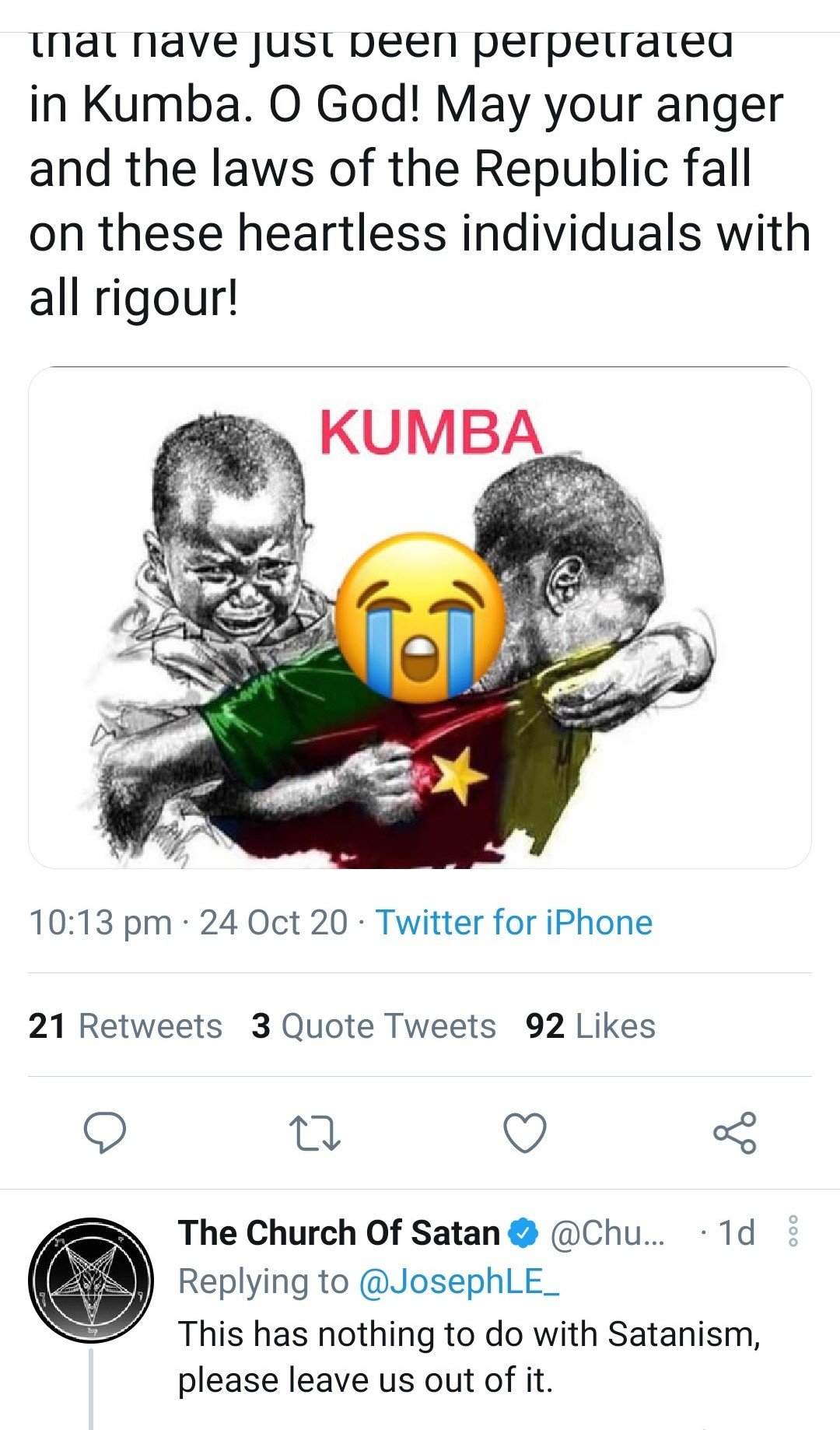 On Saturday October 24, armed gunmen stormed a school in Kumba, a city in Cameroon’s Anglophone regions.

They short at close range killing more than 3 children on the spot. That same day, a total of 6 children were reported dead. 72 hours later, the death toll increased to 8