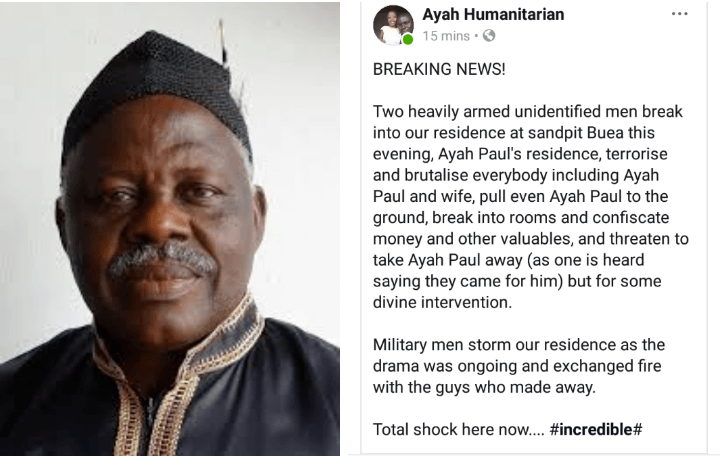 Just this evening, ARREYB News Reports learnt of a gun battle between some armed men and military at the home of the Ayah Family in Sandpit Buea.

According to spokesman to the Ayah’s Family, Abine Ayah Ayah, two men, heavily armed and unidentified broke into the residence to terrorise and brutalise everybody including Ayah Paul Abine and wife.

Reports say they pulled the ageing Ayah to the ground, break into rooms and confiscated money and other valuables while threatening to take Ayah Paul away.

Ayah Ayah Abine further wrote: “Military men stormed our residence as the drama was ongoing and exchanged fire with the guys who made away“.

At the moment of this report, it was unclear the motive of this visit but no harm was recorded.

Attached is a screenshot of his recount.

This is a developing story …