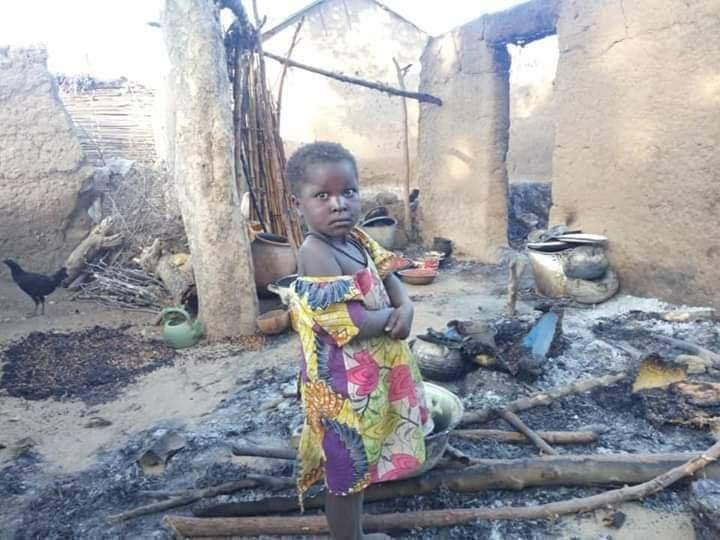 In twenty two days of 2020, the Anglophone regions of Cameroon have witnessed the most intensified burnings with disturbing images of homeless kids whose parents have either been killed or made to flee for their lives.

Bali’s incident happened just one week after the military invaded Awing, another village in the North West region.

The raid saw the burning down of livestock and property and more than one live lost.

Awing’s attack took place on Thursday January 9, 2020, when soldiers were tipped of separatist presence of separatist fighters in Mbenjom, a quarter in Awing.

Thundering gunshots caused business persons to escape to nearby bushes, abandoning their goods, houses and business premises which were later burnt.

“A shrine in Mbenjom quarter was also burnt” a source recounted.

Another incident occurred in Ngoketunjia Division where houses were also raised down in flames.