Ghana's President, Akufo Addo Says He Doesn't Know Why He Received 2017 Gender Award From AU-“Ask the President of AU'' - ARREYB

Ghana’s President, Akufo Addo Says He Doesn’t Know Why He Received 2017 Gender Award From AU-“Ask the President of AU” 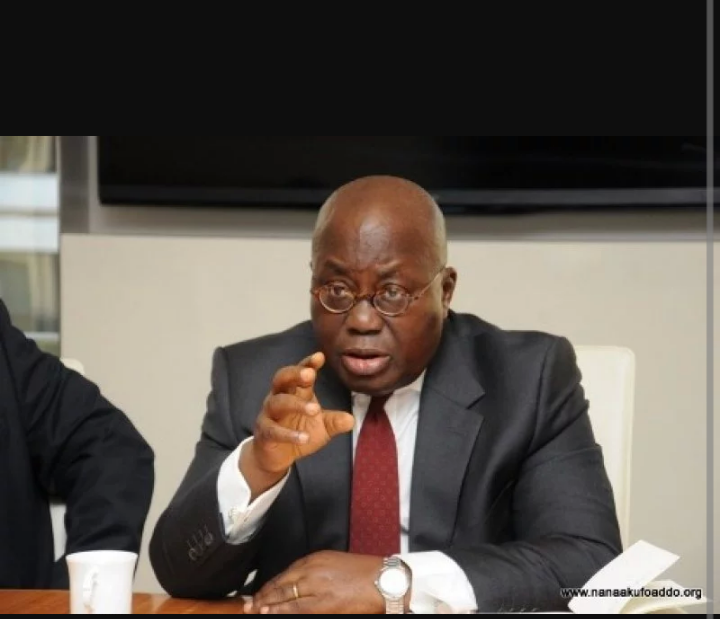 Ghanaian president, Nana Addo Dankwa Akufo-Addo has said he doesnt know why African Union recently decorated him with an award. ”Alpha Conde Should be asked why I was given A.U. Gender Champion Award”.
Since he received the award on June 3 during at the 29th A.U. Heads of States summit in Ethiopian capital, Addis Ababa, he doubts what qualified him for the award.

He hints that it may be because of his increase use of women in his administration since he assumed office. The award handed by the United Nations Economic Commission for Africa (UNECA), which is a subset of the AU had on it inscribed ”In recognition of your efforts in gender equality at continental level as the African Union Gender Champion for the year 2017”. 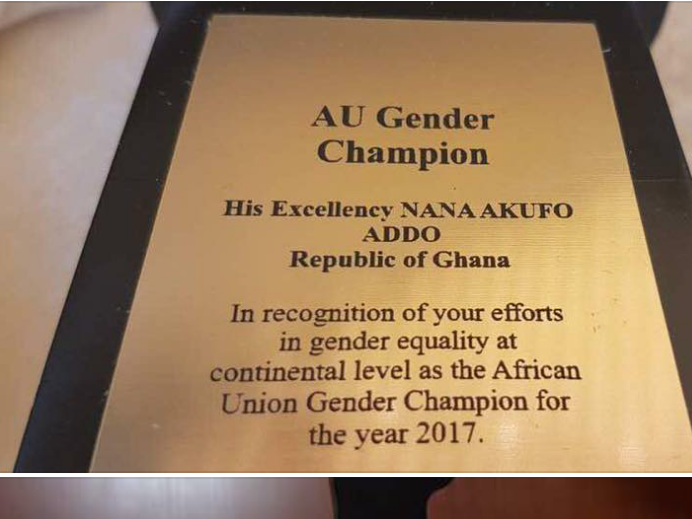 photo credit: africanews.com
The 73-year was talking to a panel of journalists during the governments press meeting to mark his six months in office.

”Its a question that I forgot to pose to Alpha Conde, the president of the A.U. but frankly I think this is an area that I could still do much better than I have done so far. I have not been able to make the 30% benchmark that we stated in our manifesto with respect to public appointments”.

The West African nation currently records a number of high ranking female appointees chosen by President Akufo Addo including the first female secretary of cabinet, Madam Debrah-Karikari and Ghanas first woman Chief of Staff, Madam Frema Opare Addo. In the judiciary,  Justice Sophia Akuffo took over from Ghanas first female Chief Justice, Georgina Theodora Wood who retired after a decade as head of the judiciary. The Chief Justice is the fourth most powerful person in Ghana behind the president, his vice and the speaker of parliament.